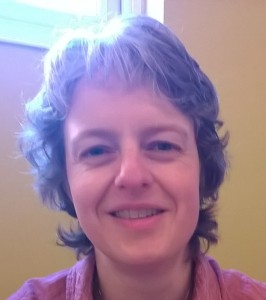 Katy Haye spends as much time as possible in either her own or someone else’s imaginary worlds. She has a fearsome green tea habit, a partiality for dark chocolate brazils and a fascination with the science of storytelling.

When not lost in a good book, Katy may be found on her allotment growing veg and keeping hens in order to maximise her chances of survival in the event of a zombie apocalypse or similar catastrophe (yes, she does have a woefully over-developed imagination).

Katy lives in Lincolnshire in the UK, within sight of one of Europe’s most beautiful medieval cathedrals, and she loves watching the Red Arrows aerobatic display team when they practise above her back garden.

You can watch the video “How to Become a Writer” showing how Katy’s love of stories gave her the writing bug and eventually lead to publication on YouTube below: 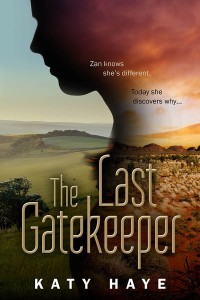 Zanzibar MacKenzie knows she’s a freak. She has EHS – electrical hypersensitivity – which leaves her trying to live a Stone Age life in the twenty-first century: no internet, no phone, no point really. Then Thanriel knocks on her door and the dull summer holiday becomes maybe too exciting. Zan discovers fairies and angels are real beings from other planets, she herself is half alien, and the future of life on Earth rests on her shoulders.