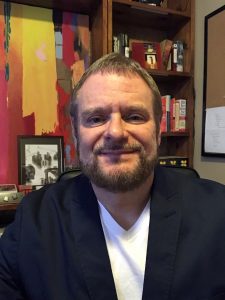 Kip A. Lacey was born and raised in southeast Kansas and now lives with his two dogs, Cooper and Barkley in southwest Missouri.

Closure is his first novel. His second novel, tentatively titled The In-Between, will be released in 2020.

CLOSURE: Things are rarely as they seem (Crime, Suspense, Thriller) 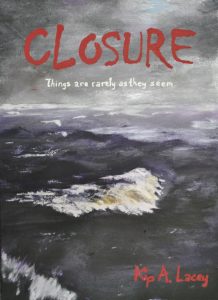 In a blink of an eye your life can change.

Jack Thompson believes he has life figured out. A good job with a bright potential, a beautiful girlfriend who he plans to marry, and a brand-new home nestled in an affluent suburb. He has money and a picturesque future, and everything he ever dreamed of. Life could not be better. Nothing could possibly go wrong. He has everything he ever wanted.

Until the one moment when everything he had is gone.

On an early summer morning Jack takes his live-in girlfriend, Amanda, to the airport to visit her sister. At that instant, Jack’s life will never be the same. He watches her board the plane only to never hear from her again. He comes home to a house that has been ransacked, his bank accounts emptied, and his job and career destroyed. A ghost of himself, he becomes a suspect in Amanda’s disappearance as an unwavering veteran detective closes in. At his wit’s end and running out of time, Jack loses everything he once held dear. All that he believed important has been taken away. With the perpetrators gone and Amanda missing, Jack ends up living in poverty, running from the police and serving time in jail as he continues his search for answers. With friends old and new at his side, he never gives up until a trail of clues lead him across the country where he discovers a stunning revelation that the life he once knew was never what it seemed to be. The cost of truth is agony, producing a final violent and bloody end to more than he could have ever known.

Closure is a story of loss, recovery and redemption. A reminder that what we have can be gone in an instant and what we believe is real could vanish into thin air.