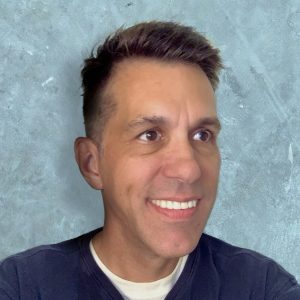 Born in Hawaii, Kyle was an Army brat and grew up in Erlangen, Germany, Georgia as well as Texas. He was the kid in the corner drawing pictures of superheroes and Greek gods and building worlds in his head. After stints in Louisiana and New York, he resides again in Honolulu.

An artist, playwright, and writer, Kyle’s plays have been performed in New York at the NY International Fringe Festival, and the Midtown International Theater Festival. As an artist and illustrator, his work has been exhibited in galleries in both New Orleans and New York.

A few years ago Kyle was having a very bad holiday season. Christmas movies helped get him through that year. But he couldn’t help but wish there was something for his community, the LGBTQ community. That’s where his book The Problem with Mistletoe comes from, the desire for his own gay Christmas romance.

The chapter titles of The Problem with Mistletoe are a playlist. You can find it on Apple Music and on Spotify. 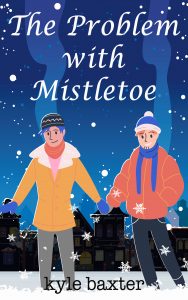 David Cooper did not believe in happily ever after. He thought he’d let his chance at that pass him by—between work, being a single father and planning a Christmas party for his mother’s charity, his life was complicated enough. And then he has to ask Alex Capili, an old friend who just returned from the big city, to help run the charity event. Spending weeks working closely together, old feelings come up and David wonders if fairy tales really do come true.

Alex came home to help sell off his family’s restaurant. He was not looking for love, and happy endings only happen in movies. But nothing about this return trip home town is quite what he had expected, and David is still the best man he’s ever known: a good father, with a heart as big as all outdoors… and disarmingly handsome.