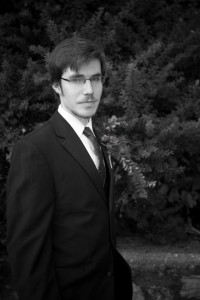 When he’s not writing storylines or scripts for upcoming novels or mangas, Kyle M. Perkins usually designs, develops, and hand-codes web-based services using a mixture of multiple web languages, including PHP, MySQL, HTML, CSS, jQuery, and more, as he has been doing so since 2001. Otherwise, he is teaching courses at a local community college.

Kyle finished his first series, Night Blade, in 2015, and is now working on his next series, Omega Noir. Additionally, is also working on story lines for various manga and novel series, including such titles as Crystal Blaze, All Souls Crescent, and Phoenix Rising, all produced by Lunar Productions, a small studio run by him and his wife. He is also a member of the Independent Author Network.

Kyle thoroughly enjoys watching sci-fi and anime series, with his favorites being “Star Trek: The Next Generation”, “Doctor Who”, and “Sword Art Online.”

Kyle lives in Waynesville, NC with his wife, Keat, and their two cats, Chi and Maru. 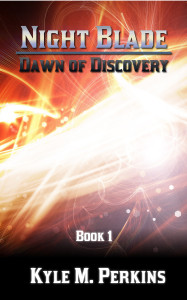 Being a son of a cat demon and a human isn’t all it’s cracked up to be. As a half-demon, Niko has a unique ability: he can control his demon transformations. However, while he is participating in a Martial Arts tournament, where the best of the best are competing. During his last fight with the last opponent he would expect, his demonic powers become uncontrollable.

Meanwhile, Chisai Konami is falling asleep in class… again, when a sudden illness causes her to collapse, and change into something new: a synthetic cat demon.

With the help of the mysterious Lord Tora, who helps Chisai control her newfound powers, and allows Niko to uncover a powerful attack, these two begin on a new quest to pay him back. However, when danger arises, will these two half cat-demons be able to bring their “A” game? 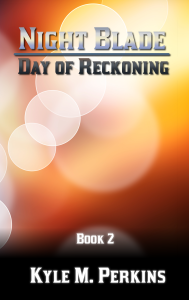 Chisai’s been captured! But by whom?

The adventure scontinues when a mysterious figure appears at the cliffside where Niko and Kitsune chased Chisai, up to the point she disappeared! With the help of some local family, the duo track down Chisai’s location and encounter a fight they didn’t expect!

After saving Chisai, they make their way back into town, but yet again encounter more enemies over one of the medallion pieces! In the middle of the fight, a long time friend of Niko’s arrives and makes a deal with Chisai and a few others, which may make Chisai double-cross Niko to give up his prized weapon: the Banish Blade.

Meanwhile, Kitsune goes up against a stranger with an ability like his own: the ability to move earth. However, the stranger is also super-strong. Will Kitsune be able to fight back and survive his challenger? 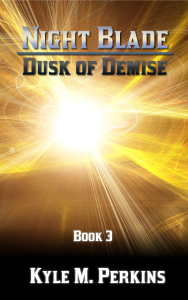 Daisuke is back, but what is he up to?

While Niko and his friends are off searching for the medallion pieces, Niko’s good friend, Daisuke, was left in the dust. Feeling abandoned, Daisuke joins a gang and starts to steal, using a strange wind power – only to be caught by Niko and his new friends. Upon his capture, he tells his story and leads everyone back to his gang, where Niko is thrown off the side of a tall building, and the only person that can save him is Chisai, but her demonic abilities are not working. Can she save Niko without her demonic abilities?

Meanwhile, Yakedo and Mizu are using the psychic piece of the medallion to their advantage and celebrating Mizu’s birthday. When they get back to Atamin’s lair, Kagemusha makes them question their loyalty to Atamin. Taking the initiative, the siblings risk everything and attack Niko’s family head-on. When Atamin learns that they had been secretly using the psychic piece, he strips them of their abilities and attacks everyone, hoping to salvage any medallion pieces. Will Yakedo and Mizu survive the full-on attack from their guardian?

Lastly, Keshi and Kiban team up with Atamin and Kagemusha to trace some faint signals of the medallion, eventually leading them to no other than Tora’s house! Can Tora keep his plan a secret for long? 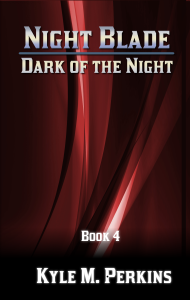 With his latest attack proving useless, his friends trapped, and facing a threat of losing his own demonic abilities, Niko disappears in the middle of battle!

After a close brush with death, Niko decides that he wants to get rid of his abilities, and there is only one way to do that: with Tora’s help, but it comes at a price. Will he be willing to give up his own abilities for the sake of his friends?

Meanwhile, Nakafumi and Kazeyama join the search for Niko and learn about – or already know – Niko’s abilities and the demonic world. After a bit of research, and regrouping with Tsuyoki, Atamin joins the party as well in order to go after Tora and to end his overall plan to retrieve the full medallion.

Can Niko, without his abilities, and his friends go up against the all-powerful Tora, and stop his eventual ruling?