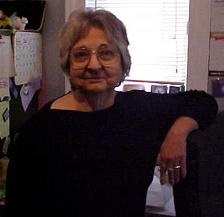 M. K. Theodoratus’ life has always centered in some world of make-believe or other – from having an imaginary playmate from the time she could talk to acting out comic book stories in the back yard. Oh, Theodoratus did the usual things like going to college, getting married, having kids, and working … but fantasy, mostly reading it, was always part of her life. Now she amuses herself by writing fantasy.

An “early writer”, Theodoratus wrote her first novel in the sixth grade when the teacher asked for a short story for an English assignment. She got an incomplete Nancy Drew pastiche which Theodoratus completed the next summer. This led to a story-writing addiction in her teen years. She gave up writing in college in favor of anthropology and geography — which turned out to be a great help in world-building now.

Now she amuses herself writing about the problems the Far Isles Half-Elven have with genetic drift and exploring the fate of demons in Andor after the portals were closed. Most of her published work are short stories and novellas, which make great reading for short trips and passing time while waiting. Theodoratus does have nine+ novels in various stages of completion: five set in her Half-Elven world. Reviewers say nice things about her writing, including they are innovative and are realistic. 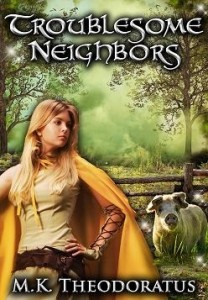 The Lady Renna, the holder of Ren Creek, wants nothing more than to weave beautiful fabrics in peace after the end of the Far Isles Half-Elven Rebellion. But trouble comes looking for her.

Lord Gorsfeld, her powerful neighbor wants her lands so he can control the confluence of three main rivers of the Marches. When Renna refuses his suit, Gorsfeld’s men attack her villages. Renna is caught between her duty to protect her people and Gorsfeld’s plots to rule the Marches.

Renna must find a way to protect her people, her pet pig, and get even, all on her own terms. The conflict will take all her elvish skills if her people are to survive and prosper. 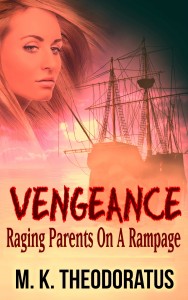 Fighting and chaos are no strangers to Mariah. Four hundred years after the Half-Elven Rebellion, turmoil has worn her down. But she must face her problems alone. Ashton, her ring-mate, has gone spying on their southern enemies. She fights with Linden, the ruler and Ashton’s brother and her former lover, constantly. Tired of the bickering, she seeks a peaceful life as a healer, but she cares too much for the fate of the Marches to stay out of politics.

When sea raiders attack her daughter’s family, Mariah falls apart from the stress. Ashton feels her distress and uses his elf magic to return to the Marches. As her anger rises, he urges her to go hunting for vengeance against the killers. Only they discover a strange new magic that threatens all they hold dear. Can they convince Linden there’s a problem?

The Ghost in the Closet (Paranormal/Short Story) 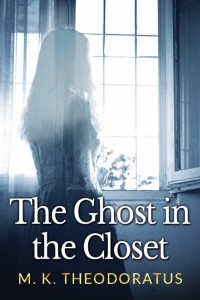 Over the years, Dumdie Swartz has developed many weird habits to hide the fact she sees ghosts. When her boss fired her because he thought her trances were mini-strokes, Dumdie becomes homeless, just another old lady living in her car.

Being homeless isn’t Dumdie’s biggest problem. When she finds a room at a private shelter, Dumdie discovers the ghost of the previous owner haunts her room, a ghost with a problem of her own. Her will is lost, and the shelter’s existence is threatened. Dumdie must conquer her fear of upsetting people if she’s to find the will and save the shelter for herself and the other ladies. 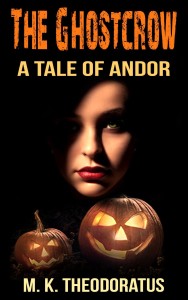 Afraid that ghost guts might stick to her if she stepped through them, thirteen-year-old Dumdie Swartz still cringes when she encounters them.

Her strange attempts to avoid spirits create a lonely life.

Her sisters constantly mock her strange behavior, her parents are clueless, and her social life is zero. Dumdie finds solace working in a shared garden with her elderly neighbor, Mr. Carson. When teens from her high school steal pumpkins from his garden, Mr. Carson is hurt during the theft, and later, dies.

She learns there are stranger things than ghosts, when she senses something evil living in Kyle, one of the boys who had raided the pumpkin patch. Kyle bullies Dumdie to scare her into silence. The more Kyle threatens her, the clearer she perceives the evil thing possessing him. Dumdie finds support in an unlikely group of girls who befriend her when she helps them with their costumes for the Pumpkin festival. During the festival, Dumdie’s fears explode when the thing possessing Kyle decides it wants to possess her.

This supernatural short story is the prequel to The Ghost in the Closet. Read about Dumdie, young and old. 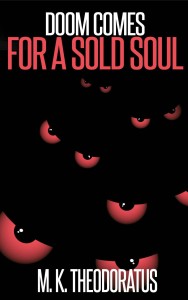 Demons are coming to take Dr. Allsdipp, a Nobel Prize Winner, away. But he doesn’t want to go.

Down and out reporter, Grant Highgrim desires to be a journalist again are on the line. If he can’t interview the reclusive Dr. Henry Allsdipp, the oldest man alive, he’ll remain just another ad sheet layout designer. But he shows up at the nursing home on a day when a legion of beetle-demons come to collect the Ignoble Nobel Prize Winner’s soul. Even though bugs creep him out, he must find a way to save, the cantankerous geezer and his self-respect. 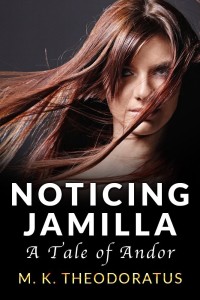 Cassy Mae thought she left danger behind when she moved from the Santos Francisco slums to live in a small mountain town with her grandmother, only to learn her GrammyJo worked magic which her mother had taught her to fear and hate.

Docket’s Diggings at first seemed a paradise in spite of her grandmother’s herbal juju. Then the strange, but rich, Lydia Markhem and her niece, Jamilla, moved to town, spreading a strange malaise wherever they went. Cassy Mae spends her senior year trying to avoid her grandmother’s magic and a stalker who thirsts for to acquire Cassy’s own magic. 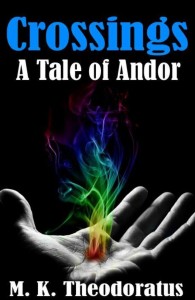