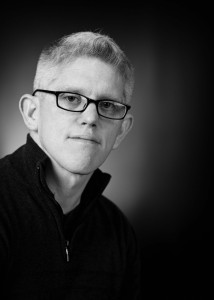 M. L. S. Weech was born in August 1979 in Rapid City, South Dakota. He fell in love with fantasy and science fiction at an early age. His love of writing quickly followed when he tried to write a sequel to his favorite movie. He didn’t know what copyright infringement was. He can’t remember a time he wasn’t working on some sort of project from that day on. He wrote for a junior high project. The only way his freshman English teacher could get him to settle down was to let him start writing a book. He completed what he calls his first manuscript when he was 17. He got a ton of feedback that was honest, helpful, and not much fun to listen to, but instead of quitting, he simply wrote another, and then another.

He fell in love with reading in high school when he was introduced to Timothy Zahn and the Star Wars novels. Then he was handed Anne McCaffrey, Robert Jordan, Dean Koontz, Brandon Sanderson and so many more. He went from reading to complete homework to reading more than three books a month.

He joined the U.S. Navy as a journalist in 2005. He served on aircraft carriers and destroyers. He served in the deserts of Iraq and the mountains of Afghanistan. When he wasn’t taking pictures or writing features or news stories, he was writing fiction. Photojournalism was a hobby he enjoyed getting paid for, but writing fiction has been and remains his true dream.

He’s completed six manuscripts and is already planning a seventh. He took his third project to Archway Publishing, who helped him turn his life-long dream into a reality.

The Journals of Bob Drifter (Fantasy/Paranormal) 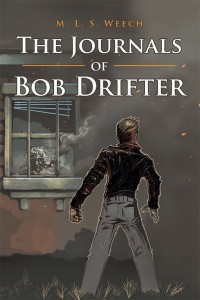 Bob Drifter is a substitute teacher with a secret. He seems like no more than a polite young man who loves to read and mentor students in his free time. Yet, on the side, Bob takes part in some rather strange extracurricular activities that soon attract the attention of local police. For some reason, people have a way of dying around him.

It’s not his fault. Maybe he just hangs around people who are already dying. Maybe he has bad timing. But Bob knows better. He has a secret mission that must be completed before he ends up in prison or raises the ire of the most frightening individual in the supernatural world. No pressure.

A terrifying new force has set foot into Bob’s life, and a string of ghastly mutilations follows this figure wherever he goes. Now, Bob has to keep his own secrets, protect his students, and fulfill his mentor’s wishes. Welcome to the world of those who watch over the dead.