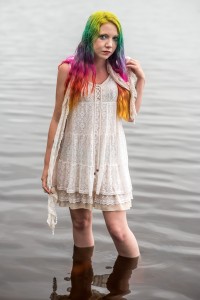 M.T. Smith has been accused of being a werewolf on full moons and a cat when she cuddles but secretly she’s a unicorn. An erotica writer she has been ghostwriting in the genre for four years and decided to finally put her own work under her name out into the mass world of readers. While erotica is the genre of her choice other elements such as paranormal fantasy or even horror can appear in her work. She likes to mix the genre up a bit. Her editor praises her work for highlighting safety and consent while the characters do things that should not be tried without proper training.

Currently she lives in North Carolina with ten chickens, four cats, three ducks, two children, one dog and a husband. All of which keep her busy when she is not writing. Smith is a fan of long baths and novels that either turn her on or terrify her. Her hair is constantly changing color because she is a unicorn of many shades.

On the side she also sells Pure Romance, which is known for their intimate bedroom accessories designed for women. She believes these products go great with her book.

Smith likes to empower women, and finds that sexuality is one of the ways women have been kept down. It is one of the reasons why the genre of erotica interests her so much because it is a way to explore sex in a safe environment. Even if there may be a werewolf or two thrown into the mix. 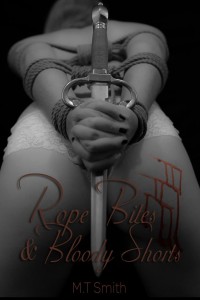 The first story ‘1000 Cuts’ the lead character forgets her name when the final rope is tied.

‘Breaking in the Bad’ deals with a submissive that has become too mouthy to her Dominant and is sent off for training. But what happens if she falls for the trainer?

In ‘Puppet Master’ Lore is told she needs to experience the world, so she goes to a bar and allows a strange man with tattoos to take her home. To a place he says she belongs.

In ‘Abducted by Two’ John has just one drink before he blacks out and wakes up tied down to a bed where two ladies decide to turn him into their own personal toy.

Each story holds a different flavor to making each one stand out individually—but they’re all tied tightly together.