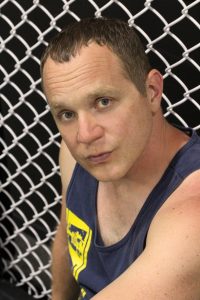 Like most writers, Miles Watson tried hard to escape his destiny. He spent ten years in law enforcement and private investigation, and then an even dozen in Hollywood, where he worked on such television shows as HEROES, TRUE BLOOD, THE WALKING DEAD and THE ORVILLE, as well as some feature films you’d remember…and some he’d like to forget. But neither courtrooms nor red carpets could keep him from the typewriter forever. His critically-acclaimed first novel, the crime thriller CAGE LIFE, won ZEALOT SCRIPT’S BOOK OF THE YEAR AWARD (2016) and the BEST INDIE BOOK AWARD (2018). It was followed by a sequel, KNUCKLE DOWN, and a short-story collection, DEVILS YOU KNOW, which was a Finalist in the Eric Hoffer Book Awards for Excellence in Independent Publishing (2019). Before he cashes in his chips, the prolific Watson is determined to write in every genre under the sun…and perhaps invent a few of his own. 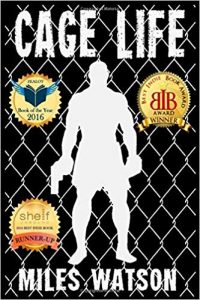 “It’s the punch you don’t see coming that drops you. Any fighter can tell you that. And Mickey Watts isn’t just any fighter; he’s one of the best in mixed martial arts, a top contender who seems to have it all: looks, brains and rich girlfriend who’s crazy about him. The fact his family is mobbed-up to its Irish-Italian eyebrows has never been a problem…until Mick throws one punch too many and finds that some debts can only be paid in blood.” 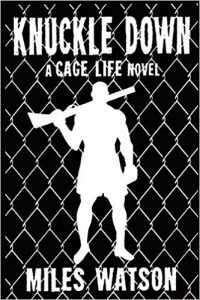 “When mixed martial artist Mickey Watts returns to New York after three years in exile, he just wants to forget his bloody days with the mob and do fiancee is threatened by the same vicious gangsters that ran him out of town, he gets a chance not only to win her back but to settle some old scores in the process. Trouble is, Mick’s not the only one with vengeance on his mind. what he does best — fight. But when his ex-Because the city that never sleeps, never forgives.” 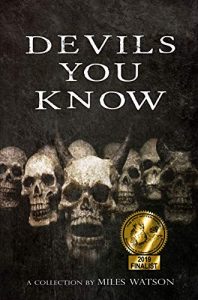 “Miles Watson’s hard-hitting debut novel, CAGE LIFE, put him on the map with critics and readers alike. Now he’s back with a collection of stories designed to work the head, heart and adrenal glands all at once: DEVILS YOU KNOW. In this anthology you’ll find horror and drama, warfare and madness and crime, and even the laughs are of the midnight-black variety. You’ll encounter gangsters elbow-deep in the red business of murder, soldiers slogging through physical and moral mud, and supernatural monsters whose pleasures are taken in human blood. You will journey through a dystopian America and a just-liberated Paris, encounter ordinary men descending into madness, and meet a Nazi officer who discovers the hard way that we are all brothers under the skin. Somewhere in these pages you will meet Satan himself…and discover that sometimes even he can’t take the heat. So sit down, buckle up, and get ready to meet your devils. Just don’t be surprised if they look familiar….” 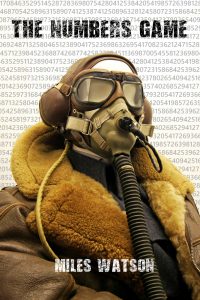 “The Battle of Britain rages. London is in flames, and civilization itself totters on the brink. Does Pilot Officer Maurice Mickelwhite care? Not one damn. He may be one of the better fighter pilots in the Royal Air Force, but it’s not by choice. Maurice is a mathematical genius, who, if not for Hitler, would be happily teaching algebra and calculus at university. To hell with the war! Maurice just wants his numbers. Trouble is…the numbers also want him.”