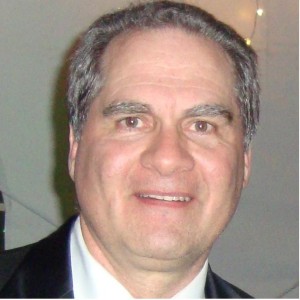 Mitch Davies was born in Canada where he lived for 40 years before moving to the desert of Arizona. He is a true child of the media having grown up with a father who worked his entire career in the film industry. The house he grew up in had a television on from the time he woke up until he went to bed. The influence of stories, whether real or made up, was always present.

Later, an English teacher sparked an interest in reading for Mitch in his early in high school years. The continued influence of stories now created a new goal, a goal to write. Whether the stories were historical non-fiction or fiction, the influence was ever present. As a result Mitch viewed most of life’s occurrences as scenes for a story and he incorporates many of his experiences in his writing. He hopes you will enjoy his work.

For the past number of years Mitch has developed a strong interest in Japan. This interest in Japanese history and culture has taken him to Japan on many occasions. His travels in Japan included visits to historical locations of significance so he could see first hand the sights where a nation’s essence unfolded. His third novel, The Inn of Fallen Leaves, is a direct result of his travels to Japan and the inspirations gathered. 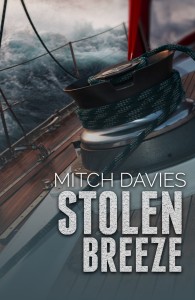 If you don’t know you’re committing a crime, are you innocent?

All Ben Beck wants is to start over with a new opportunity so he decides to throw himself in the middle of the Pacific Ocean with a confusing group of strangers.

No level of smooth sailing could prepare him for being attacked or being at the wrong end of a pointed gun. From the idyllic life of charter sailing and Polynesian island hopping, to a life and death struggle on a tilting yacht deck at night, Ben can’t help but wonder if the other members of his crew are friends or enemies.

He doesn’t find out until he wakes up with a throbbing headache after sneaking into a mooring at night and has a meeting with the law.

Will the crew, the sea, or a stretch in jail shred Ben’s canvas? Find out. Catch a Stolen Breeze! 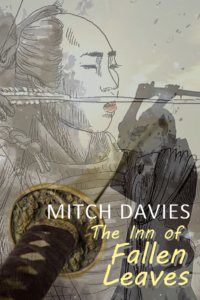 In the turmoil of Japan, before the banishment of the samurai class, a disillusioned samurai, Itashima Chobei, is confronted by Akiyama, a samurai on a mysterious errand for his powerful leader. Their conflicted worlds lead to a battle of wits, ego and pursuit. In the middle is a beautiful woman, Miyo, attached to one, coveted by the other.

Cho, having been forced by his clan to perform atrocities, works as a yojimbo and handyman for a second-tier inn along the Nakasendo Highway. Akiyama is a samurai from Mito province who is loyal to his clan. When Akiyama’s Daimyo Lord is forced to stay at the inn, improvements must be made, and the Mito samurai demands that the inn make those changes according to the Mito Leader’s requirements.

Cho discovers that Akiyama’s requests are a ruse and Cho’s curiosity compels him to watch as the ruse unfolds. After a failed assassination attempt against the leader of Japan, Akiyama and Miyo disappear. Cho, believing that Miyo has chosen to live with a samurai of higher status, pursues them, determined that Miyo know the truth about the man she seems to have left him for. He and a young samurai companion, Kensei, travel the length and breath of Japan’s highways for a year in search of the couple, then separate for personal reasons, but reunite at the inn another year later.

Upon his return to the inn, Cho discovers that Miyo has also returned, and after Miyo tells Cho of her life with Akiyama, Cho departs once again to complete his mission of finding Akiyama and punishing him for what he has done.