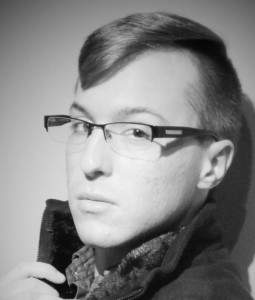 Born Paul Travis on March 11th, 1992. By the age of two, he was writing poems and stories about anything that caught his attention. At the age of five he began acting with his first big performance coming during his middle school years when he played a historic figure. He followed with a few more performances but his heart wasn’t in it any more so his last performance was in 2011. He has yet to call it quits though because one never knows what the future has in store. In 2012 he began setting some of the poems he wrote to music. Creative differences plus trying to balance his music and writing career caused him to step away from recording music in order to focus fully on writing his debut novel in 2012. It was completed in 2014 and is currently in the first revision stage. 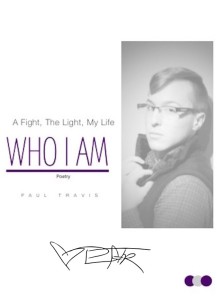 A compelling look into a young man’s journey of discovery. Who I Am is a poetry book debut, and the first release from the young rising writer, poet, Paul Travis. Paul takes you on a journey of self-reflection, and how he learned to love himself in a poetic way. It’s original, refreshing, and entertaining. Who I Am includes 25 poems, a look into the story behind the chosen poems, an eye opening ending, and a bonus interview. The new generation is emerging into the spotlight, and Paul Travis is one you won’t forget, or want to miss.

The poem/back story behind the title “Who I Am.”:

“Powder was applied underneath my eyes to dismiss the remaining marks of the night before. My head ached. Thankfully I remembered my lines, or the day would have been far worst than what it was. After my hair and make-up were finished, I looked into the mirror. The other actors were getting ready to leave. Everything was covered on the outside, and the only proof remaining was within. “Smile wide,” my friend, and make-up artist, Kat asked of me.

I headed to the hall. “Took you long enough,” the girl who sabotaged me spoke. The rest laughed as I sadly looked at them. I stood at the end of the line; my headset was being placed on as we began walking. Kat whispered to me, “You’re too young, and too good for this. Get away before it’s too late.” Her lips kissed my forehead, “You will make it somewhere else. You are talented.” A shy smile formed on my face, and I hugged her. I was eighteen. When I walked to that stage everything caved”