Posted Feb 3 2014 by Paul in Giveaways with 0 Comments 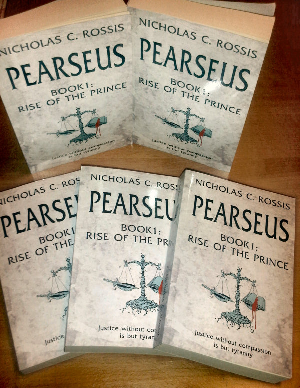 Rise of the Prince – Pearseus (Science-Fiction) 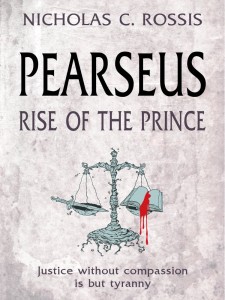 The handful of humans that crash-landed on Pearseus three hundred years ago, have now colonized a large part of the planet, rebuilding their civilization from scratch. In the process, they have created a dystopia for themselves, splitting into three competing factions: the Capital, the Loyalists and the Democracies, all embroiled in endless intrigue and constant warfare.

Peace of the Eclipse, an uneasy truce between the three parties, still holds – barely. While man turns against man, the First, Pearseus’ indigenous people, wage their own ancient war against a shadowy enemy; a war that threatens to destroy all of humanity.

The story unfolds through the eyes of its protagonists. Egged on by unseen forces, Styx, the increasingly paranoid ruler of the Capital, terrorizes her subjects. In a burst of cruelty, she murders General Parad’s son and feeds him to his father during a banquet. David, a young servant of Styx, accidentally finds out about the planet’s ethereal inhabitants and is forced to flee the Capital. Lehmor and Moirah, a recently married First couple, are caught up in humanity’s scheming. And in the Democracies, Sol becomes ruler of the city of Anthea, determined to lead it into glory.

As war looms ever closer, the protagonists find their lives in danger at every turn. Can love be found in the ruins of humanity’s civilization?

Pearseus is a page-turning science fiction adventure with strong space opera and metaphysical elements. It mixes blood-curling drama with psychology, religion, history and philosophy, to offer the reader an intense, thought-provoking tale with surprising twists. In the end, justice without compassion is but tyranny.