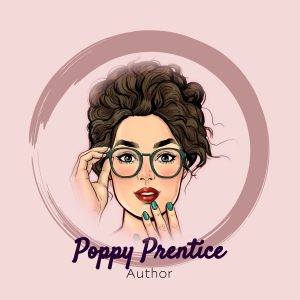 Poppy Prentice currently resides in the desert heat of Arizona, concocting her next great literary adventure. She is snarky and witty, with a flair for sarcasm and loves to pour that part of her personality into her books. A dedicated author, Poppy writes every day but that doesn’t stop her from connecting with as many new people as she can.

Poppy knew from a young age that she had a story to tell. In time, it grew into a healing process for her soul. She hopes readers will find a good laugh and feel lighter at the end of each book, as if they were visiting an old friend after many years. Knowing we all have struggles to face, Poppy uses her humor to ease the pain and help readers relax.

She loves painting and doing craftwork and is a mean bargain hunter. Poppy has dreams of traveling the world, from the rolling hills of Spain with a nice rioja in hand to a custom-built home in Canada. Anywhere she can access the writing bug. A woman of experiences and memories over physical possessions, Poppy’s greatest passion in life is her family. 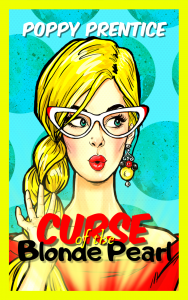 Pearl Clampett is a freelance photographer who lives for fashion. But despite being able to dress to kill and hold down a successful career, she can’t seem to find a relationship that isn’t a disaster area.

Descending into a malaise of depression, her best friend Peach tries to cajole her out of it but is distracted by her own problems in paradise.

But Pearl has greater problems than even her shoddy love life or Peach’s turbulent relationship. Someone seems to be out to get her, disrupting her life in any way they can and sending her accusatory notes that link her to an affair with a married man.

And then there’s Anouk, her enigmatic neighbor who looks like he’s hiding something. But what? Close to losing her sanity, Pearl teams up with Scott, the annoying Brit she meets by chance whom she suddenly finds herself attracted to.

As the two do their best to uncover why someone has it in for her, secrets emerge in a whirlwind of self-absorption, deceit and greed that threatens everything Pearl holds dear.

Is Pearl suffering under a curse? And if she is, can she break it before it breaks her?