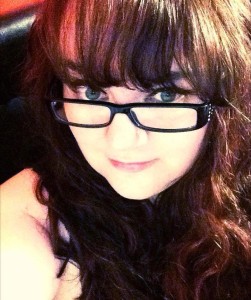 In her first published work, Rebecca Lombardo collects her internationally followed blog into the pages of “It’s Not Your Journey”, named after her highly popular blog. “It’s Not Your Journey” is Rebecca’s year long chronicle of her struggles with bipolar disorder, depression, anxiety, self-injury, and recovery from a suicide attempt. Rebecca shares her very real, raw feelings on these subjects, as well as addressing other issues that have contributed to her downward spiral and eventual climb out of her own pit of despair. Issues such as the loss of her mother to lung cancer, the death of her brother, abandonment from friends and family members due to her hospitalization, and more.

Rebecca Lombardo began writing as a child. In third grade, she told everyone that her dream was to be a writer. At the age of 19, she was diagnosed with Bipolar Disorder, but continued to write poetry into her 20’s, until her illness consumed so much of her time and energy, that she just lost the will to write.

She never gave up her dream to be a writer, but the despair she felt over not being able to find the words anymore was just too much for her to take, so she gave up writing for many, many years. Sporadically, she would begin a journal, blog, or even write a poem for her beloved husband, but it was never the same again.

In the summer of 2013, Rebecca faced one of the biggest struggles of her life. After losing both her mom to lung cancer in 2008, and her brother to an accident (on her birthday) in 2011, she felt as if she was drowning. Her physical health continued to deteriorate, and the migraines that were once just a nuisance became a constant, and would sometimes last 6-7 days at a time, and were cause for countless trips to the emergency room.

Trying to pick up the pieces of her life after her mother’s death, she moved forward with running her own pet sitting business, and attempting an online multi-level marketing business. Yet, she fell apart, and there was no way she was going to come back on her own this time. She attempted to take her own life, and was hospitalized against her will in a horrible, horrible place.

When she came out, her PTSD, anxiety, depression, and grief were overwhelming, and she decided to begin writing again. When the words began to flow easier and easier, she decided that she would be willing to turn it into a blog so that others could see her struggle and know that it’s a vicious cycle but it can be overcome. She hoped that in addition, it would help her get past all of these horrible experiences. As her writing went on, she would receive more and more feedback from total strangers, sometimes in other countries, that would thank her for telling her story. They were grateful that because of her, they were now able to get help.

At 43 years of age and happily married for nearly 15 years, Rebecca can finally say that she is on her way to reaching her dream. Not only does she hope to help people that are struggling with depression, she hopes to help them realize that you are never too old to find your voice, and make your dream happen.

Rebecca lives in a suburb in Michigan with her husband, Joseph and 5 cats.

It’s Not Your Journey (Memoirs) 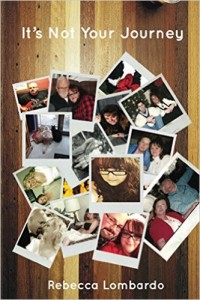 In her first published work, Rebecca Lombardo collects her internationally followed blog into the pages of It’s Not Your Journey. Rebecca shares her struggles with bipolar disorder, depression, anxiety, self-injury, and recovery from a suicide attempt.