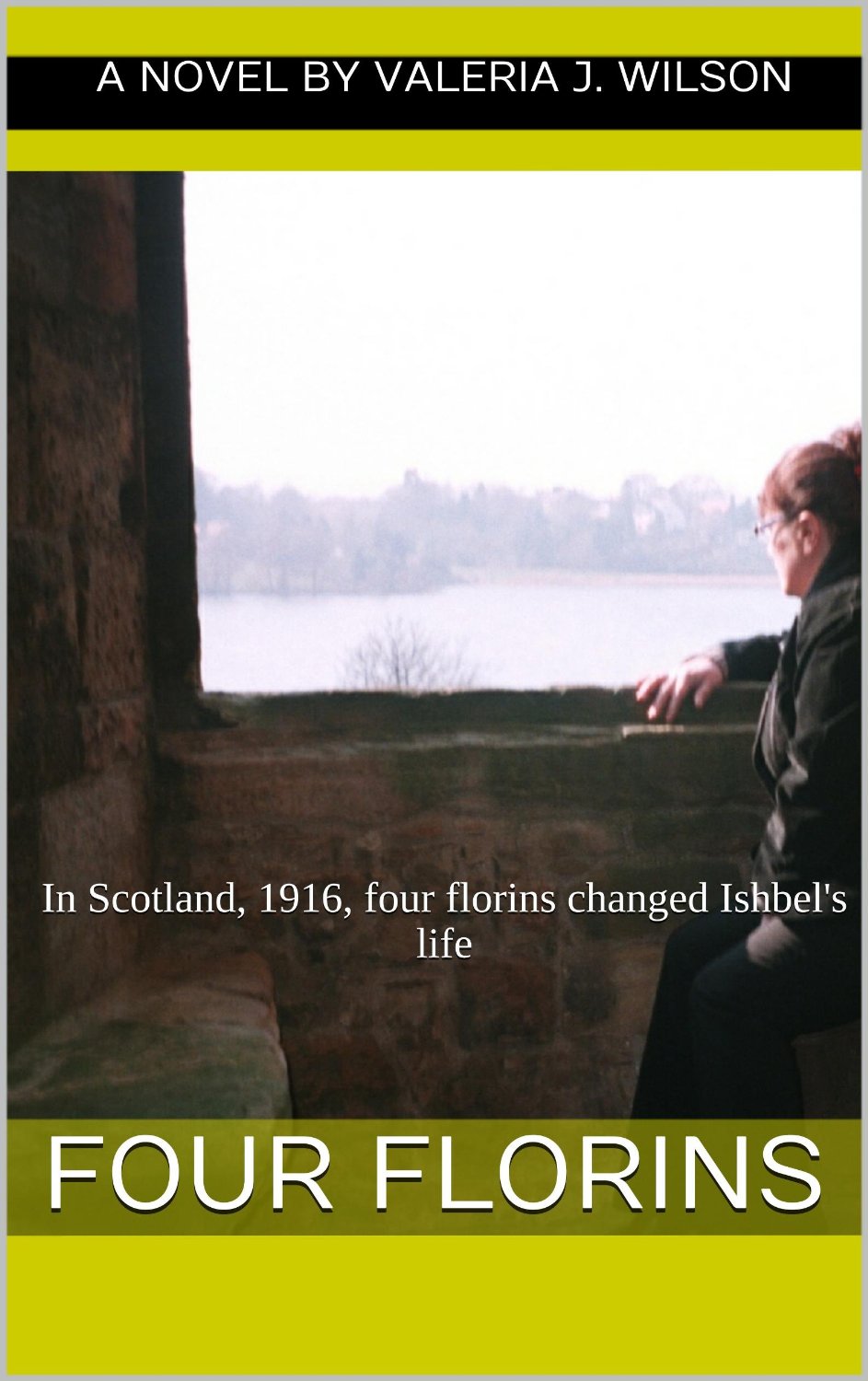 Set over a period of around seven years from the beginning of the Great War through to the start of the Roaring Twenties, Four Florins tells the stories of a huge cast, with each of their lives interwoven with those of the others, sometimes inextricably, sometimes tenuously, and not always in an apparent manner. Set in Scotland, the stories travel between Edinburgh, Falkirk, Glasgow and the Highlands, pivoting round the tragic tale of a young girl, Isabella, who with her sisters, is unloved by a mother more interested in her causes of womens’ votes and encouraging men to go to war.

All too suddenly, young Isa finds herself pregnant to a young man tragically lost to a train wreck on his way to fight in the trenches, and is abandoned to her fate in a poorhouse by her mother. Her father is lost in Aegean, reporting on the war effort, and her siblings and mother are left near destitute.
The Four Florins of the title are the saving of Isabella. As a potential parent for Isabella’s new-born daughter takes pity, so Isabella takes flight and escapes the poorhouse. Meanwhile her mother has found work at her father’s old offices. Intertwined are stories of secret agents, the adoptive parents, school teachers, her sisters and a myriad of other characters.

Tragedy and sadness abound in this novel, and whilst light is seen towards the end, there is also sadness at the many people lost, not just to war, but also to accident, murder, injury or just forgotten. It is a tale of changing times, when women were beginning to take on, often by necessity, the roles of men, and realise that the old mores of Victorian and Edwardian Britain no longer held sway.

The plot is incredibly clever and well-told, but the sheer size of the cast and constant change of scene made the story feel slightly disjointed, not giving you time to feel comfortable with any one of the characters. It became hard to identify with any character as you were thrown over to another aspect to the narrative all too quickly. Then too individuals were introduced only to disappear with barely a second mention whilst others were not given the opportunity to truly flourish.

It’s an intriguing novel, but ultimately, the narrative was let down by its complexity, leaving a feeling that you had watched subconscious dreams of fleeting history that never truly coalesced. As the start of a trilogy, I look forward to the next two chapters concentrating more on the principal characters and building strongly on them.