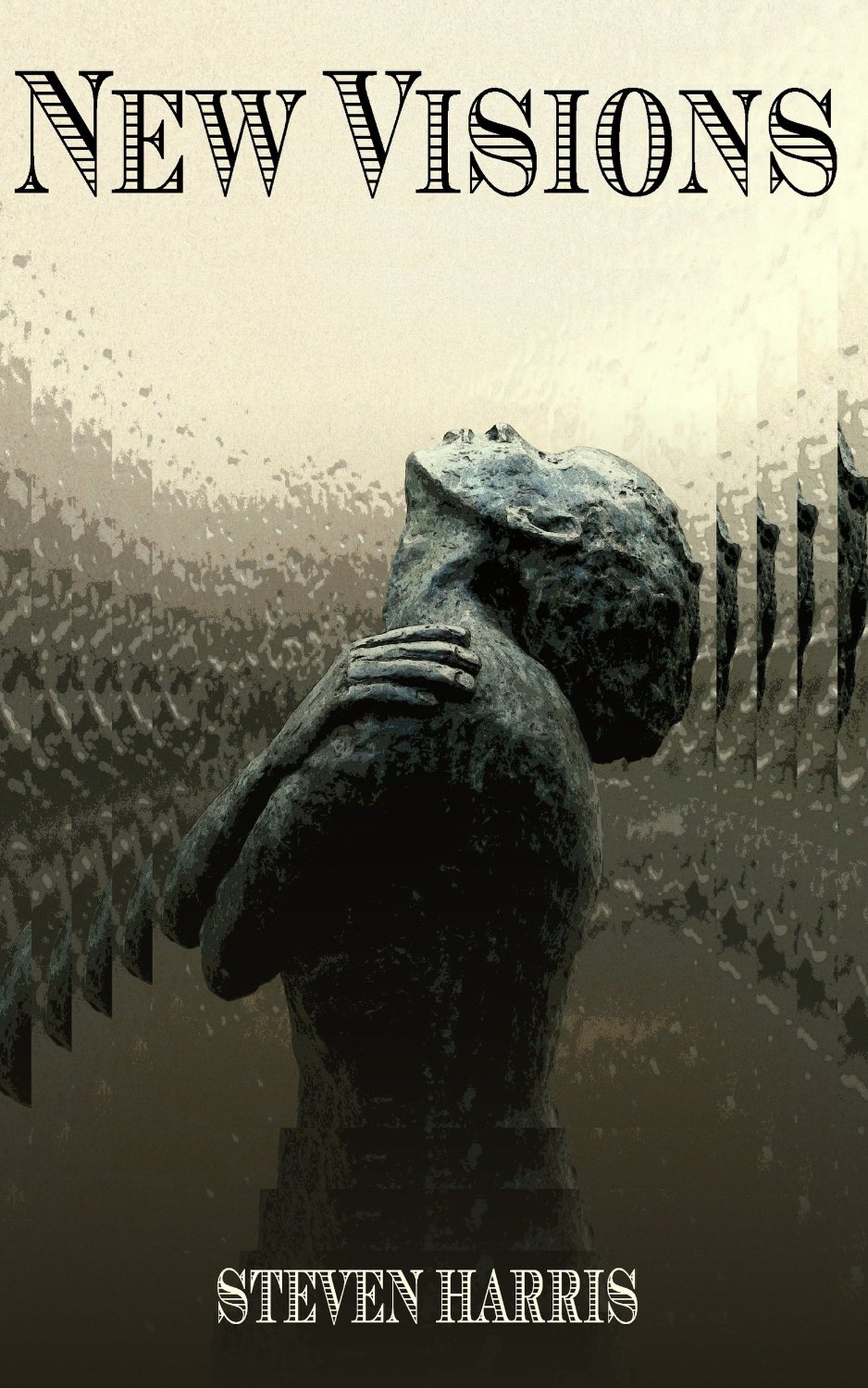 It was quite usual for Holmes to be sat by the fire, reading, but it was the tome he held that caught my attention. Unlike the leather bound books Holmes had, this was a book with a shiny cover quite unlike any I had seen before.

“What is that you are reading Holmes?”

“A book of great insight, my dear Watson”

Glancing at it I noticed the name on the front

“Ah, it says New Visions, some sort of science book then?”

“Far from it, a book written by a genius for all to read but many will not understand all of its content, but I can tell that the author has a quite magnificent nose”

Holmes carefully locked the book away in his bookcase, went to his desk and began writing…….

steven harris has created a collection of stories in New Visions that will wreak havoc with your very being. Stories that range from very short to almost mini novella with a range of content that will both astound and surprise. Heart-breaking stories of personal relationships; allegorical stories; philosophical musings; strange tales of psychosis and the slow drip of the mind into madness and some which are just odd.

Each of the stories is written in his own style, so you will find beautiful word craft, with phrasing that is a delight to eye and ear (yes I read aloud — in my head)

There are authors who use too many words but each of the words in this book has a reason to be there, like actors in a play, each has its moment of glory.

For those who care to read steven harris’s blog it is obvious there is much more to the stories than the pages on which they are written.

steven harris has poured his whole being and soul into this collection to produce the most insightful set of tales that can be found anywhere.

New visions is a triumph of a genius, go read it NOW.