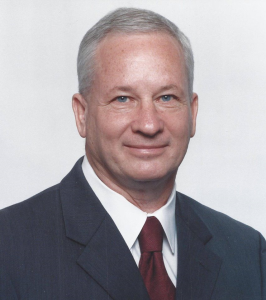 Ronald Fehribach spent his early years growing up in a small Indiana town surrounded by lakes, rivers, and a beautiful countryside. In high school he developed a liking for drafting and entered a technical institute after graduation. He wanted to be an architect, but the assassinations of the 1960s, racial strife, and the Vietnam War lead him to change his plans.

Redirecting to a political science degree, he enrolled at Indiana State University in 1974. At the university, he was able to get his military commission and work in financial and program analysis on a federal training program in Washington and Chicago.

Upon graduation he went into the military, where he served in Korea and on several military bases. Rising to the rank of captain with nuclear air defense and field artillery experience (1974–1979), he concluded his duty in the Indiana and Kentucky Army National Guard.
After the military he decided to explore the mind. He did his pre graduate work at Indiana University (1977) and completed his master’s in industrial and community service counseling psychology at Eastern Kentucky University (1980).

In 1991 (and continuing to this day) he created Mama’s Place—The Legend Continues, which is one of the last mom-and-pop rock shops in Phoenix, Arizona.

Going Below The Water’s Edge: Past Lives, Reincarnation, Inner Self (Non-Fiction/Self-Help/Spirituality) 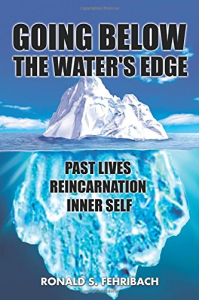 To an observer looking upon the water’s surface, most of an iceberg is below the water and cannot be seen. An iceberg may have eight or nine times as much ice below the water’s edge as there is above. After the military, I had plenty of military benefits to enable me to get a masters degree. I chose the area of psychology. The degree was not as important as the reason why I chose that route.

Remember that plane crash? Well, it was during a time of many other deaths. The body had been thrown through the propellers and diced up like meat at the supermarket rack. As the police body-bagged the person, I watched the dogs feed on many of the scattered remains. Approximately one year after this incident, I was flying in a plane out of Ohio. The lights flickered on and off and the pilot told the passengers not to worry. Next the engines began to reeve. Then all became deathly quiet. We were going down! As we prepared for a crash, I sat back in my seat as my life passed before me in quick flashes than in longer segments. To our benefit, I looked out the window and saw the ground approaching and the welcomed sight of ambulances and fire trucks scattered around the runway. We glided down the airport runway — we made it! The flight was later being booked to another plane, but I had enough of flying for that day and instead took a car home.
The hell had been scared out of me. The last plane crash I had witnessed made me totally aware of the potential dangers that existed, yet, the fears that I experienced during that flight opened a totally new area of awareness in me such as being fully aware that mentally we were more than the current moment: Mentally, we are like an iceberg wherein only the tip is above the water and somewhat understood. Below the water lies a mass of which we are almost not even aware of – yet it is the mass that often moves us.

Even though I’d often experienced tremendous pressures and endured unexpected crises, it took this crisis to bring about extreme pressure and fear to make me aware of its existence.

By the time I’d hit my late twenties, I’d explored much of the world’s geographical areas and observed varied social cultures. It was my desire to look behind the scenes whereby I gained an insight into understanding situations that most people have difficulty relating to. I scuba dived to explore oceans and had been sucked out of jets in airborne military exercises. Yet, the greatest exploration and adventure was awaiting — the journey into the inner self. Or as to the iceberg comparison – GOING BELOW THE WATER’S EDGE.