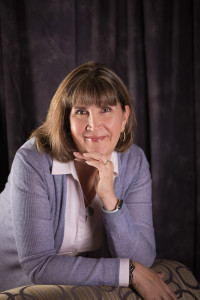 S. B. Alexander’s passion for writing began when she read her first Stephen King novel, The Shining. Over the years she kept telling family and friends she was going to write a book. Fifteen years later on the advice of a friend, she sat down and wrote her first novel. One year later, she published two novels with three more slotted for release. Her books are targeted toward the young adult and new adult markets.

Her career has been colorful—a former navy veteran, high school math teacher and college professor, sales consultant, coach, and manager. She loves baseball, especially the Boston Red Sox. She enjoys playing golf, is moved by music and great stories, and will go out of her way to help people.

She currently works full time in Corporate America, and writes any chance she gets. She believes words are the key to opening the door to extraordinary places with amazing characters that tell a great story. 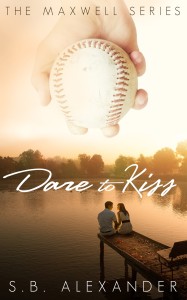 Besides her family, Lacey Robinson’s only other love is baseball. She’s on top of the world when Arizona State University approaches her to discuss a scholarship. To play for a college boys’ team is beyond what she has ever dreamed. Her fastball is impeccable, her slider equally as good, and her curveball annihilates anyone who dares to step in the batter’s box. But fate has its own way of throwing curveballs. When she loses her mother and sister to a home invasion, baseball and her dreams die with them. Tragedy has a way of seeping deep into her psyche, causing nightmares, panic attacks and blackouts. Diagnosed with Post Traumatic Stress Disorder, her psychiatrist recommends a change of scenery and picking up the things that she loved to do, and for Lacey that is baseball.

After a move clear across the country, only two things matter to Lacey—overcome her PTSD and make Kensington High’s baseball team. But trying out for the team comes with complications—the captain, Aaron Seever, doesn’t want a girl on the team.

Adding to her new life, she never counted on meeting someone who wants her as badly as Kade Maxwell. The tall, sexy and drool-worthy bad boy has a magical touch that awakens her feminine side, and a kiss that slowly erases her nightmares. But getting involved with him may be dangerous when Kade’s arch-nemesis returns to town to settle a vendetta.

To complicate matters, her PTSD has taken a turn for the worse. She has to find a way to push away the demons otherwise she may not have a chance at anything in life. 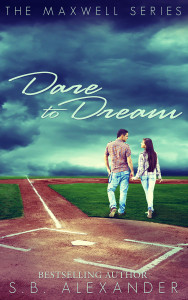 He’ll do anything to protect his love, even if it means trading his life for hers…

Bad boy Kade Maxwell knows the pain of loss. His sister’s death tore his family apart. His life seemed destined down a nightmarish path until he met Lacey Robinson, a light that cuts though his darkness. Despite her own tragedy, her beauty, determination, and dedication makes him believe he can dream again.

Lacey dreams of three things: a baseball scholarship with ASU, a future with Kade, and to find the person who killed her family. When a trip to California opens a door that could expose the killer, Kade and Lacey’s paths begin to diverge.

Lacey vows to push through her demons and show Kade and her family that she has what it takes to rise above tragedy, even if she has to run into the arms of a killer to save a loved one. 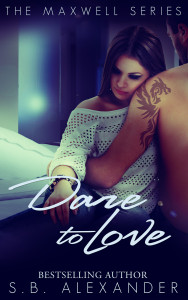 Sexy, confident, college playboy, Kelton Maxwell has his future right in the palm of his hands. Women want him. Guys want to be him. And he’s got one foot in the door at Harvard Law. All he needs now is just one prestigious internship at a highfalutin law firm to seal the deal. Nothing can stand in his way.

A blast from the past smacks him right in the face, bringing back memories he tried to forget. Kelton swore he’d never go back–never put himself through that again. He’d rather pledge his allegiance to the devil himself before he drops to his knees to worship a woman—especially her. 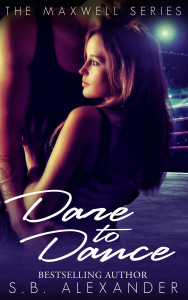 The story will grab your heart and never let go!

Hoping to sign with one of the biggest boxing promoters in the country, Kross Maxwell has to maintain a near perfect record. He can’t afford to lose any more bouts. But his head isn’t in the ring. Instead, he can’t seem to shake his past that’s been beating on his mind. To get back in the game, he goes in search of the girl he walked away from–the one girl who’s always owned his heart.

Twenty-year-old, Ruby Lewis, is angry and frustrated with the way her life turned out. She dreamed of becoming a ballerina, but instead of performing for the rich and famous, she’s swinging her fists at girls twice her size in filthy, underground fights. She’d give anything to sleep in a bed, rather than the cold dark streets of Boston. Begging for her next meal, she often thinks of the friends she once had, the nice home she lived in, and the only boy to ever steal her heart. But Kross Maxwell wouldn’t want her now–not with dirty fingernails, ragged clothes and oily hair. But when she runs into him, the concrete wall she’s erected around herself threatens to crumble, and she can’t let that happen–if she wants to survive and get back the only thing that’s ever mattered to her. 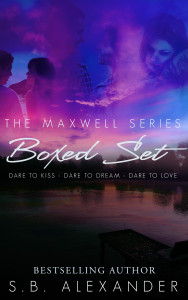 1. DARE TO KISS: Trying to rebuild her life, seventeen-year-old Lacey Robinson moves from one coast to the other to start over. But the pain and devastation of her past can’t be left behind–not after a loss like that. Starting over is always easier said than done…
When Lacey meets the brooding, sexy Kade Maxwell, he just might have the magic touch that awakens her feminine side, and a kiss that erases her worst nightmares. As she begins to heal, her dreams of playing baseball take a turn for the worse—a chauvinistic team captain has other plans. And when Kade comes face-to-face with a violent rival from his past, Lacey’s fears and pain resurface, threatening to destroy what they repaired. Together, they must dare to fight, so they can dare to find a future.

2. DARE TO DREAM: Death and pain brought them together. Vengeance and darkness might tear them apart. Kade Maxwell will do anything to save Lacey Robinson from her past–and from herself. A task that is harder than he ever realized as fate has something else in store. Bound and determined to push through her demons and achieve her dreams, Lacey just might dare to go too far–right into the arms of a killer.

3. DARE TO LOVE: Sexy, confident, college playboy, Kelton Maxwell has his future right in the palm of his hands. Women want him. Guys want to be him. And he’s got one foot in the door at Harvard Law. All he needs now is just one prestigious internship at a highfalutin law firm to seal the deal. Nothing can stand in his way. Until a blast from the past smacks him right in the face, bringing back memories he tried to forget. Kelton swore he’d never go back–never put himself through that again. He’d rather pledge his allegiance to the devil himself before he drops to his knees to worship a woman—especially her. He won’t dare to get close. Won’t dare to let her in. Can’t dare to love.

On the Edge of Humanity: Vampire SEAL, Book I (Paranormal/Urban Fantasy/YA) 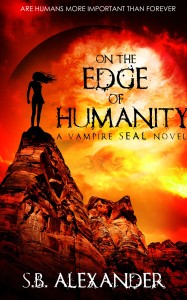 How far would you go to save a loved one?

Natural-born vampires are born not made. Some humans, who roam the earth, are not even aware they carry such DNA.

Sixteen-year-old Jo Mason is lost in a world where traipsing from one foster home to another is normal. She hates her life, she hates school and on most days, she hates living.

Her normal world shifts when she discovers her twin brother Sam has gone missing between Anger Management class and History Class.

She’s called to the principal’s office where she meets Lieutenant Webb London, a Navy SEAL who is part of a secret team of natural-born vampires. His mission is to protect the twins from an evil cartel, but he’s too late. With Jo now under his protection, his team searches for Sam.

However, finding and rescuing Sam may be the easy part. Jo learns she carries a dormant vampire gene that, if activated, could save him. As her normal world fades even more, pushing her closer to the edge of humanity, Jo must decide if her human life is more important than her twin brother. 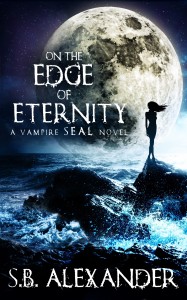 How far would you go for your first kiss?

New vampire Jo Mason had never imagined life with fangs, or drinking blood as her main meal. She has, however, dreamed of her first kiss, her first date and her first high school dance—but for a new vampire, none of those firsts come easy. Humans now tempt her appetite for blood and the Plutariums, a rogue team of vampires, want revenge against her family.

When her human friend Ben Jackson asks her to the May dance, Jo struggles to abide by vampire law. She isn’t sure if she wants to kiss him or taste his blood. She’s even more confused by the mixed messages coming from Vampire SEAL Webb London. The way he looks at her makes her want to jump off the nearest cliff and into his arms at the same time. Her guy problems, however, become the least of her worries when the deadly ones take center stage.

The Plutariums abduct and drug her. She wakes alone with Ben, stranded on an abandoned yacht in the middle of a storm-tossed ocean. Worse, she struggles to keep her bloodlust sated and it will be a battle to see who survives. 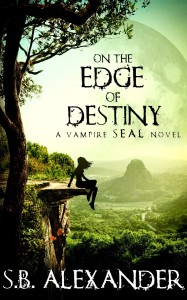 Life has never been better for Jo Mason. Her powers are growing, and so is her relationship with the handsome Vampire SEAL, Webb London. Nothing can burst her bubble. Not her upcoming trial for the death of her nemesis, Blake Turner. Or when she learns her DNA is the key for her enemy to build an army of vampires. Until she has a recurring dream that involves Webb’s future.

Webb has an important SEAL mission looming. He and his team must rescue a comrade who has been missing in action. He hates to leave Jo, but duty calls. He can’t trust in an old myth that dreams could be the window to the future. Not when a life is on the line. Not even if it’s his own.