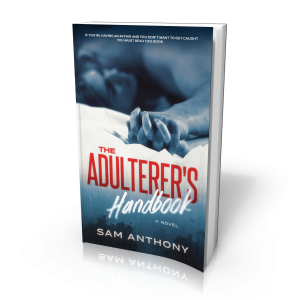 Born and raised in London, England, Sam Anthony is the author of psychological thrillers such as The Adulterer Series.

The Adulterer’s Handbook (out now)

He wishes his beloved wife to know that The Adulterer books are works of FICTION! 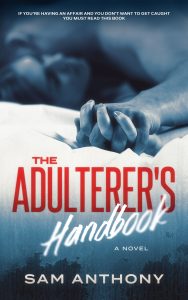 I’m about to jump into the canal and pull her to safety when I stop at the edge of the towpath.
What if I do nothing…?
The must-read psychological thriller for 2019.
If you’re having an affair and you don’t want to get caught, you must read this book.
The Adulterer’s Handbook is the story of a happily married man, desperately trying to prevent his wife from finding out about his affair. For months he is successful, but then things take a dark turn…
A love story, a betrayal, an accident, a murder? You decide.
Lee Bolton has it all: a wonderful wife who he adores and two lovely children. But something is missing from his marriage.
Sophia Miller, the office temptress, offers to fill the gap and they begin a carefully regulated and orchestrated affair.
Lee, delighted with his new and improved love life, walks a tightrope of near discovery; forever trying to keep his secret safe.
But Sophia wants more. She wants it all.
Sophia starts to break the rules, and she puts Lee’s marriage in jeopardy.
How far will he go to protect his family?
Would you commit murder to save your relationship?
Gripping domestic noir with a shocking twist. 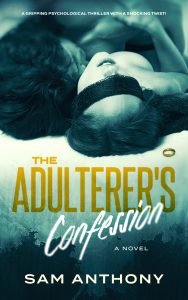 “Excuse me. Do you mind if I squeeze past?”

And so it begins.

Two strangers meet on a plane.

One has a terrible confession to make. But is it safe to tell a stranger?

The other is haunted by past mistakes and looking for a fresh start.

Over the course of their ten-hour flight, they come to know each other’s deepest, darkest secrets.

Is confession good for the soul or is it better to keep your crimes bottled up inside?

Discover what becomes of Lee, Tamsin and Jake.