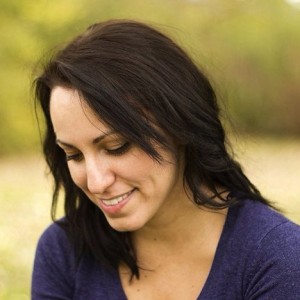 Shonah Stevens lives in the Queensland hinterland, between Brisbane and the beautiful Gold Coast. She has a house on two acres of land with her partner, small dog and almost thirty different species of parrots.She is a passionate animal lover and donates to various animal causes.

Shonah has been a lover of mystery novels her whole life, she cut her teeth on Agatha Christie when she was six years old and has read over 1,000 books. She thinks books are much better than movies as they allow people’s imagination to blossom.
Shonah had written poems and short stories throughout her life, but has never attempted to publish them. When Amazon introduced self publishing, she decided her time as an author was here. Shonah started out with four non-fiction books, but transitioned into fiction six months ago. She now cannot imagine doing anything else. 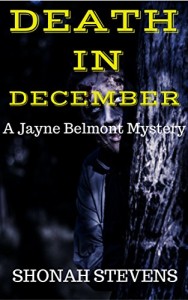 Private detective, Jayne Belmont is hired by the headmaster of a school in Australia’s Northern territory, to investigate the death of a teacher. The police have written it of as a suicide, but the headmaster thinks otherwise.
Jayne has a list of suspects, but when a second murder is committed, they are all together with her in the staff room.
Who is the mystery killer, when everyone seems to have an alibi? A page turner who’s ending will shock you.

Blood of the cult (Mystery, Crime) 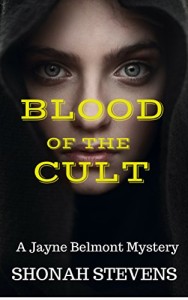 A woman goes missing in a secret cult. Ever tried to get information from a Cult? It’s just not possible. Jayne decides she has to go underground as a cult member, to try and find the missing woman. But is it already too late? She finds a friend among the cult members whom she starts to care for deeply, but is he the one who caused the woman to go missing?
Jayne eventually finds the culprit, but will she get out of there alive? 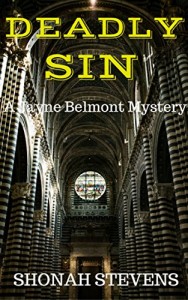 A prostitute is found dead in a public park in Australia’s searing Northern Territory. The police have made a token effort, but it’s fast becoming a cold case. jayne interviews all types of nefarious characters in an effort to find the killer, but seems to be getting nowhere. When a second prostitute turns up dead, the case is turned on it’s head. Is there a serial killer? or is it a copycat? You’ll find the ending hard to believe. 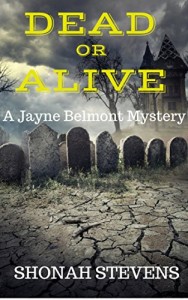 The daughter of a real estate mogul has been kidnapped. There are no shortage of suspects, but they all semm to have watertight alibis. Time is running out for Jayne and the missing girl. At the same time Jayne is faced with a life and death crisis of someone close to her, and wonders if her life could get any worse. However, a chance remark suddenly jerks Jayne’s brain into action. Will they be on time? 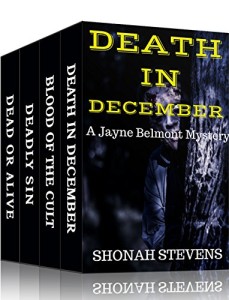 ‟I’m reviewing before I’m even done with this book! I love mysteries and to be honest, I haven’t read any good ones lately…until NOW!! This book is a page-turner. It pulls the reader in and holds on! I cannot wait for more from this writer! Wish I could give her ten stars myself!”

‟If you are a mystery reader, THIS BOOK IS FOR YOU. This is a good book full of suspense. Characters have their unique identity which makes things interesting. Love the storyline that has been written very well. I was biting my nails 🙂 . Hope to see more books from this author.”

‟The author had me roped in from the beginning. I was really curious to know how it was going to all play out. The ending was not what I had expected, which is what I expect when picking up a book mystery book! This is my first read for a Jayne Belmont series and I thoroughly enjoyed it.”

‟The plot built up quickly and with no fuss to a dangerous climax, as Jayne, the detective, goes undercover into a secretive cult to probe the disappearance of a young girl. The characters come to life quickly, and you can see, smell and feel the environment of the book..laced with sandalwood..and blood. Highly recommended!”

These are just some of the reviews that have been posted on these Jayne Belmont individual crime mystery books. Now you can enjoy all four books together, one after the other. I combined these because, although they are all separate stories, they are best read in sequence.