She is married with two children, and lives in the UK in the East of England. Her hobbies (apart from writing) are walking around the picturesque country village where she lives, reading works of other Indie authors, attending rock music festivals, and spending quality time with her family.

Despite Martin’s constant reassurances that her findings of pornographic material are harmless, Frances slowly realises over a number of years that her husband is addicted to pornography. With the new computer age she discovers his addiction is worse, and is now coupled with alcohol dependence. She can take no more lies and deceit, and wants out of her 30-year marriage. Instead she becomes attracted to Graham, a work colleague, who seems as normal as normal can be.

Martin is horrified that his wife wants to leave him, and seeks counselling help from Rhona, who encourages the couple to go away on holiday together. However, events on holiday do not go to plan, leading Frances to eventually discover the shocking reason behind Martin’s addictions. 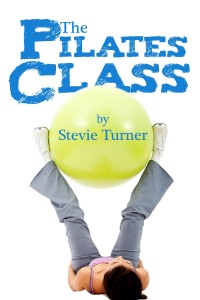 The Pilates Class is a quick read, and a humorous look at the lives and loves of several different characters that attend a Pilates exercise class for the first time. Roger is a down-to-earth builder type, Judy is the harassed single mother of four teenage boys, and Thelma is a librarian who usually looks as though she’s been sitting on a wasps’ nest for most of her life.

Neville is on the lookout for a woman (any woman will do), and Julian just wants to be young again. Edie is the wrong side of 70, and Roz is a size zero fitness queen.

These characters, together with one very overweight Alice, all meet up for the first time at their local Pilates class. Petra, the class instructor, has no idea what she has let herself in for!

A House Without Windows (Chick-Lit/Thriller) 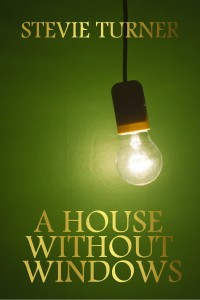 Newly-pregnant Dr Beth Nichols was happily engaged to Liam Darrah, a fellow doctor. She had no idea she was being stalked by ex-patient Edwin Evans as she made her way home one evening after a late shift at the hospital. After being anaesthetised she woke up in Edwin’s basement, held against her will, and eventually giving birth there without medical help.

The story is written from different perspectives; from Beth’s 9 year old daughter Amy who is born in captivity, and from Beth herself as she unwillingly finds herself pregnant years later with Edwin’s baby and needs an emergency caesarean for a transverse lie. She subsequently gives birth to a son, Joss. Joss and Edwin also tell their stories 16 years later.

However, hospitalisation gives Beth a chance to escape. When the Press get hold of the story Beth and Amy have their photo in the newspaper, which is seen by Liam, who has made another life for himself back in his homeland of Canada with his new partner Patty and their son Toby, thinking Beth had been murdered years before.

Liam must make a choice of either meeting up with Beth again and getting to know his daughter, or staying where he is in Toronto. However, the pull of his first love cannot be ignored, and Liam leaves Patty and Toby to try and make a go of things in the UK.

The story also runs ahead 16 years to the point where Joss finds out who his real father is, now a patient in a secure mental hospital. Joss wants to get to know him, and makes a journey against his mother’s wishes to see his real father. However, the much-anticipated meeting does not go quite to plan; Edwin still seems obsessed with Beth, and Joss feels unloved and unwanted. He makes the mistake of telling Edwin where the family are living, and when Edwin is eventually released he comes looking to claim Beth back again. The upset this visit causes to the family teaches Joss just who does love him, and whom he ought to consider as his actual real father.