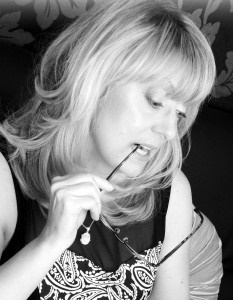 Seldom does a writer appear out of the mist, fully formed and equipped to introduce the world to their ‘perfect’ prose. More often than not it has taken years and, in the case of Sydney Jamesson, decades; to come to the point where she can say: “I’m ready. This is it. I’m done!”

Now is that time.

She has always scribbled things down; in her home is one enormous waste paper basket full of discarded phrases, opening lines and pieces of dialogue that have hit her like lightening in the middle of the night or whilst parked up at a set of traffic lights.

She has worked in Insurance, Fashion and in advertising as a Copywriter and Commercial Journalist and loved every minute of it. For the past 15 years she has been an English Teacher. But … for as long as she can remember she has lived with The Story of Us in her head.

The fact Elizabeth Parker is an English teacher should come as no surprise: novelists write, initially, about what they know … Yet, she confesses, Elizabeth is not her but rather that young, sensitive and naïve woman we all were or still are.

So that’s her, furiously typing away until the early hours, unveiling the intricacies of a 21st century fairy-tale; creating an epic story that melds a heady mixture of romance suspense and a touch of the miraculous. 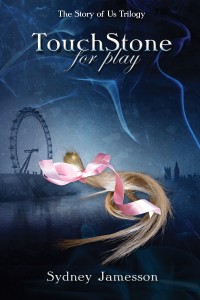 Separated by Time. United by Fate. Saved by Love …

Charismatic and sexy Ayden Stone is a multi-talented media mogul by day and playboy by night, seducing and discarding women, seeking only sexual pleasure without commitment. He is looking for the love of his life, but is settling for stand-ins … then Fate intervenes.

A chance meeting with shy school teacher Elizabeth Parker triggers a passionate reaction in him that he cannot explain. Unable to help himself, he is drawn to her by a kind of gravitational force. Up close, he recognises her charm and beauty, and is consumed by the idea that they have met before.

Unschooled in the art of seduction, Elizabeth begins her journey of sexual awakening, allowing Ayden to steer her towards deep and dangerous waters, unaware of their fateful connection.

With great passion comes heartbreak, threatening their relationship and testing its limits. A dangerous figure from Elizabeth’s past returns, desperate to take back what is ‘his’.

Elizabeth Parker is about to be found, but will she be bound by her destiny or by her demon …

The Story of Us is an epic story of love, loss and redemption. A modern day fairy-tale full of passion, unspeakable secrets and suspense. 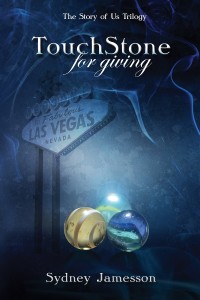 The Story of Us Continues …

Elizabeth Parker has been found …

Like a falling star she has come down to earth, landing painfully on the debris of a broken dream. What she thought of as love now seems no more than a wish left unfulfilled. Her future lies in the hands of two powerfully possessive men; each desiring her to the point of insanity.

Flawless media mogul Ayden Stone oversees her voyage of sexual awakening, introducing her to new experiences and a secret world behind locked doors, away from prying eyes. But … is he Prince Charming or merely the great pretender?

With a fighter’s instinct, Dan Rizler continues to box clever; taking his time, waiting for the right moment to strike. He will have his Princess one way or another.

Into this twisted triangle enters Elise Richards; a woman with a past and a passion for revenge: hell hath no fury like Miss. Richards.

This is a modern fairy-tale full of romance, secrets and suspense. Elizabeth Parker is about to be caught, held fast by the hand of fate; but will she be caught out or caught up in an affair of the heart, body and soul?

When nothing else matters … you have to do or die. 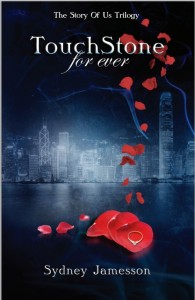 The Story of Us concludes …

What would you give to save the one you love …

Ayden Stone and Elizabeth Parker are soul mates. They have played at love, succumbed to the magnetic pull of destiny and forgiven themselves and each other for misadventures in life and love.

Now they must look to the future and forever, bearing the scars of battles they have fought and won, together. To keep a promise one of these fateful lovers must make an agonising choice and dedicate themselves to an impossible task; to embark upon an adventure filled with magical moments and unforgivable acts of personal sacrifice.

But … with self-sacrifice comes betrayal.

TouchStone for ever is the culmination of an epic love story written in the stars, involving a contemporary princess and her charming Prince; experience blazing passion, the anguish of a breaking heart and every emotion in between as Beth Parker shares her thoughts and feelings about love, life and her desperate wish for her happy ever after.

Sleeping Beauty has been awoken from a great sleep but, sadly, not all fairy-tales have a happy ending … not even when you belong together, for ever and you’re prepared to give … Everything !

Blue Genes – The Story of Us Series: Into the Blue (Literary Fiction/Romance) 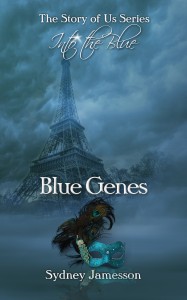 “I promise. Wherever you are, Beth, I will always be with you,” ~ Ayden

Blue Genes is the continuation of the bestselling trilogy, The Story of Us.
Handsome, media magnate Ayden Stone came into Beth Parker’s life like a bolt out of the blue, introducing her to an extravagant lifestyle filled with promises, new experiences and sensual pleasures. Possessed by love, they have fulfilled a childhood dream to be man and wife, believing nothing can come between them ‘until death us do part.’
Having been tortured by tragic events involving angels and demons from their past, these star-crossed lovers are ready to start a new chapter in their lives. Now, family comes first.

Time is running out! Difficult decisions must be made that will stretch their fated bond to its very limit. Unforeseen enemies are conspiring and about to test the very foundation of their relationship: trust.
Blue Genes is an emotional, adult fairy-tale that transcends the ordinary: a sensual, suspense filled story overflowing with love, laughter and a longing for a happy ever after.
But sometimes, longing just isn’t enough …