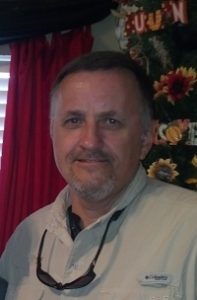 T.L. McDowell (1963-Present) was born in North Florida, and came from parents who were descendants of Scottish/Irish and native American. He grew up in a small town where less than five hundred people lived. began writing stories when he was nine years old. He loved the stories of Daniel Boone, George Washington and others shared with him by his teachers. These stories gave him an incredible imagination for creating stories for his friends and he would often write and share at a young age.

After finishing school, he began a career in civil service and devoted his time to that career. he used experiences in his field to develop stories and create characters so one day he could share with others. Inspiration for Legacy of the Order began when his grandson was born and he began to develop the story after writing versions of it for years. Some of the characters found in the story are based on his experiences with people he met visiting other places across the country.

Always having a love for storytelling, he decided to write his first novel after his grandson was born. The story began almost ten years ago and has so many layers that other stories and tales are sure to come. He still lives in the area he grew up in and continues to serve the citizens of Florida.

Legacy of the Order: Rise of Darken (Action/Adventure, Fantasy) 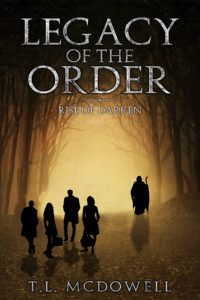 A young man name Adam takes a path on his destiny to become the Sequoia and part of a secret organization called the Order which has been around since the founding fathers. The Order has protected the realm we live in from an ancient evil and dark force but believe a war is coming and only the Sequoia will be the one who can stop them from taking control of all realms. The story takes the reader on a road filled with danger and strange beings such as the Grey Bloods, Boefangs and Dorgans. The realms are faced with this evil and its mission to destroy everything and everyone in them. Adam must confront Lord Darken, the leader of this evil, and prevent the destruction of all things good in the world but, no one knows if he is ready and the consequences if he’s not. Adam along with his friends, struggle with who they are and who they will become in order to save the world. Through their training under Professor Lance Washington and other Order Statesmen, they prepare for Lord Darken who is coming to destroy them all.