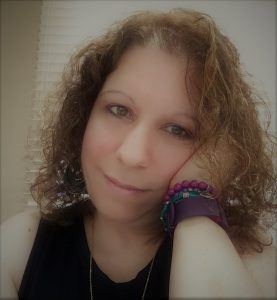 T. M. Sulsona writes her unique paranormal romance stories in the evening after working her full-time job during the day. Drawing upon ‘other beasties’ of the paranormal/fantasy world, she weaves stand-alone tales of alpha males and their lady loves that race the mind and heat the blood. Her books have been nominated and have won awards and praise, most notably from the Paranormal Romance Guild of which she is a member-author. If you are tired of the vampire/werewolf tales, come and enter the Stories from the Mist, where beasts of another kind abound and sexual prowess reigns king. When not writing, T.M. is an avid gamer and can be found in World of Warcraft most nights. She also enjoys making soap, candles and stained glass. She currently resides in New Jersey.

Stories from the Mist: The Sagittary (Paranormal Romance, Fantasy, Erotica) 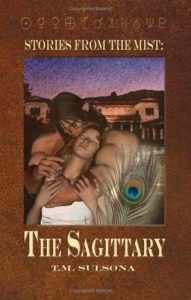 Tessa Chiron’s world is turned upside down when she receives a plain brown package in the mail containing a golden necklace and an old journal. She is called upon to save a race of mythical beings–Centaurs–from becoming extinct. Darien, the Stallion and leader of the Centaurs, enters Tessa’s dreams and begins to seduce and entice her to his world. Tessa arrives in a world where the sexual pleasuring of a woman is a part of daily life…and she learns that there is more to what meets the eye in the reason for her being brought through. 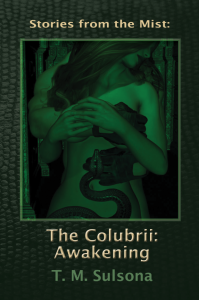 Malandra Trent is a woman trapped in a life that is not her own. The ward of the powerful Joseph Weston, every aspect of her life is monitored and controlled. She longs for a normal life, a normal relationship. She feels there is no way out until an accident at an animal shelter changes everything…and what she gets is far from normal…including what she is. A dark, sensual man enters her life and learns she is so much more than she could have ever suspected. He becomes her teacher, her lover, and her world.

Stories from the Mist: The Avalar: Daughter of the Air (Paranormal Romance, Fantasy, Erotica) 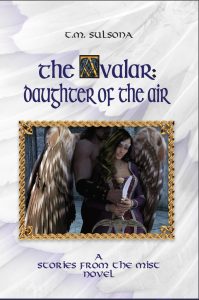 Being the daughter of the Laird of the Celtic Woodland Isles comes with many responsibilities – and dark secrets. Finally chosen to become the life-mate of an Avalar Warrior, Keirah learns not only secrets that enshroud her family, but also ones that live inside her. A war is coming with a man whose clan has devastated so many for so long, and Keirah must come to terms with her secret in order for her new people to prevail. Helping her along the way is her powerful and ruggedly handsome Toryn, Prince and next King of Avalar. He awakens not only the sexual being that lives inside Keirah but also her spiritual warrioress that lives within; culminating in an all-out war and an ending that no one saw coming.