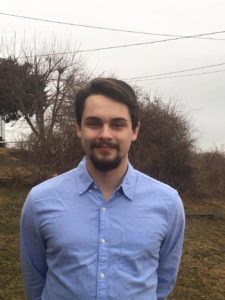 Born in the small state of Rhode Island, Tanor Costa lived with a fascination for good storytelling since his aunt showed him “Jurassic Park” at the young age of 3. Although it was scary the first time, he watched the movie every morning until Pre-school. Characters are the best part of a story in his opinion and when he’s not writing, he’s cheering excessively loudly for the Denver Broncos, tasting a new cigar, or enjoying the little things in life, whatever they may be; probably the company of animals though… because what’s better than that?

Crown of Delusion: The Wars of Reckoning, Volume 1 (Epic Fantasy) 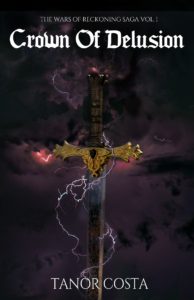 THE BATTLE FOR ELDERROCK BEGINS! When power-hungry Amar aligns with the Phantom Islands and assassinates King Hamen, he takes absolute control of Elderrock and its dominions. But an elderly mage and the king’s two young nephews escape. Can they rally an unlikely group of allies – Vikings, pirates, Samurai, bandits, and others living on the fringe – to join their cause and retake the kingdom? Can a teenager who’s barely older than a boy gain the skills of a warrior and a great leader in time to lead a revolt? The answers await in…