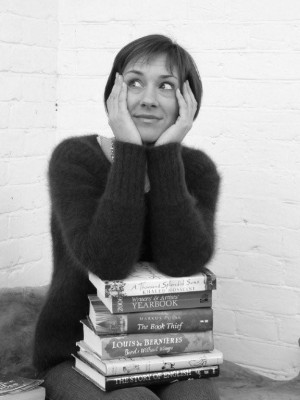 I have recently published my seventh novel. It’s starting to look like a proper bookshelf! My first novel Half-Truths and White Lies won the Daily Mail First Novel Award and was released by Transworld under their Black Swan imprint. I was very green and wasn’t aware that it was their women’s fiction label, but they turned down my follow-up novel, A Funeral for an Owl because it wasn’t a good fit. I had never set out to write exclusively for women, so it was clear that they saw my writing taking a very difficult direction to the one I had intended. I parted company with my agent about this time and set about looking for another, thinking that the competition win would open doors for me. I was wrong. Rejection letters flattered, saying that they were sure I would be snapped up very quickly. I spent thousands of pounds attending writing conferences and networking, to be told that no self-respecting writer would consider self-publishing. It wasn’t until November 2012 that I decided to explore self-publishing for myself. And guess what? I had been misled. Yes, there were newcomers who had struck gold with their first novel and had sold 100,000 copies at 99p each, but at least half of the authors had previously been under contract, and there were also a number of ghost writers who wrote for famous authors but who couldn’t get published under their own names. I self-published my first two eBooks within a month. 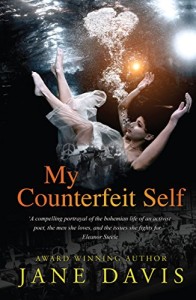 I released My Counterfeit Self on 1 October. It’s the story of a radical poet and political activist called Lucy Forrester, who’s a cross between Edith Sitwell and Vivienne Westwood. Having been anti-establishment all of her life, she’s horrified to find that she’s been featured on the New Year’s Honours list. (This is list prepared by the Queen for people who have made a considerable contribution to British life in some substantial way – arts, culture, business, charitable works and so on). To be honest, the idea of writing about the life of a poet came directly from reader reviews. Several comments that my prose was like poetry. I had no idea if I could actually write poetry but this gave me confidence that I might be able to convince readers that I could see the world as a poet does.

Was there anything about your release that you wish you’d done differently?

I experimented with pre-orders this time round, and was pleased with the results. I had also sent out advance reader copies so I didn’t have that agonising wait for the first few reviews to appear. Of course, I would love to have been organised enough to get advance copies to the press, but this would have meant delaying the release date by six months and I’m simply too impatient.

I went to hear Pulitzer prize-winning author Elizabeth Strout speak earlier this year. Someone made the comment that she had a very economical style, and she said, ‘You should see the bits I cut’. I think it’s true that style owes much to the bits the reader never gets to see.

Each book I write is different from the last and seems to require its own approach. The hallmarks of a book written by Jane Davis are multiple points of view and non-linear timelines. I’m excited by cause and effect and unconventionality in all its forms. I like to write about big subjects and give my characters almost impossible moral dilemmas. 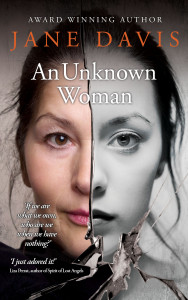 My 2015 release, An Unknown Woman, won Writing Magazine’s Self-published Book of the Year Award 2016. I’m very proud of this one. I submitted one of my new ‘bookshop’ editions produced by Clays, with its award-winning cover design by Andrew Candy and interior design by JD Smith Design. The award not only rewards the quality of the writing, but the entire self-publishing process. Including my team of beta readers, my copy editor and proof-reader, my books take the efforts of a team of more than thirty-five people. I was able to bring my experience not only to the production process but to the plot, which includes a book within a book, and that book is self-published. I rather like the idea that a novel with a self-published book at its heart should win an award that recognises excellence in self-publishing.”

Not surprising. I’m so happy when a new reader discovers my books and then goes on to read all of them. When I see this pattern developing from reviews, I usually initiate contact with the reader. I’ve made some good friends on social media that way. Several readers who have posted thoughtful reviews made it onto my list of beta readers this time around.

One of the first reviews for My Counterfeit Self said that the reviewer thought it should be shortlisted for the Baileys Prize for Fiction or the Booker. When your readers have that much ambition on your behalf, all you really need do is write! 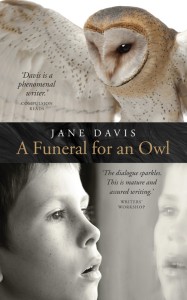 I paid for a BookBub advert and gave away over 35,000 free copies of A Funeral for an Owl this year in an effort to build my mailing list. Although I received 130 new reviews, the majority on Amazon.com, I’ve come to the conclusion that the free and paid-for eBook markets are completely separate. Whilst I’ve been able to convince my new subscribers to download a second free eBook and to apply for advance reader copies of my latest release, I have yet to persuade them to part with money, even when the amount was as little as 99p/99c. That’s a tough lesson, especially when the majority of reviews received from the giveaways were 4 or 5 stars.

Publishing moves on so fast that what is news today is history tomorrow. I think the one thing all new self-publishers should be aware of is that only 5% of books sell over 1000 copies, so (a) be realistic and (b) budget accordingly. EBooks have become a tougher sell this year. My sales haven’t recovered since the introduction of KDP Unlimited, but I also expect to be hit by the new benefits from Amazon Prime. As much creativity is required for marketing as it is for the writing itself.

I don’t have to hesitate before replying. My favorite book of the year by a long way was Olive Kitteridge by Elizabeth Strout and I have since gone on and read every word she’s ever written. Last year I discovered John Ironmonger and it was exactly the same. When I find a new favourite author I find it impossible to ratio myself.

I’m currently 40,000 words into a first draft. I can never say with confidence that a work in progress is going to be a novel until I’m over the 50,000 word mark, so I’m superstitious about saying too much. The other thing that makes me extremely superstitious is that things I write about have a habit of coming true, and this is a disaster novel!

I don’t think my next release will be until early 2018, so writing, promoting, meeting readers, tutoring, mentoring and public speaking. It will also be the year when my partner and I turn 50, so I’m hoping for a few celebrations along the way.

My website is www.jane-davis.co.uk and anyone who signs up to my newsletter receives a free copy of my novel, I Stopped Time. I’m also very active on Facebook, or you can visit my Amazon Author Page