Vrinda originally grew up in Arizona, but moved to England in 1999, where she now lives with her husband and their two sons. Her first novel was The Ladder, a story about two friends learning to grow through their difficult childhoods and find the light that lies inside themselves. She followed this with the YA sci-fi / fantasy series The Wisdom, and her YA dystopia Equilibria.

Vrinda also runs a publishing house for writers with neurological conditions, called Conditional Publications. Their first book, Check Mates: A Collection of Fiction, Poetry and Artwork about Obsessive-Compulsive Disorder, by People with OCD, was released in 2010 (Kindle and paperback), with future books in the pipeline.

In addition to her writing, Vrinda also does freelance proofreading and editing, and spent 9 years tutoring GCSE / A-Level English. She holds a BA Hons in English with Creative Writing, a proofreading qualification with the Publishing Training Centre, and has completed work experience with Random House. On the side, she sometimes writes and performs her own music and runs a herbal tea review blog with a friend.

They Who from the Heavens Came: The Wisdom, #1 (YA Sci-Fi / Fantasy / Paranormal) 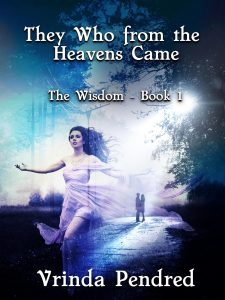 Just before Stephen died, he left a note. And the note read: Don’t let them get my children.

Some say the Wisdom is knowledge of the Creator. Others claim it’s a myth. All anyone really knows is it was lost long ago – and now the Sirians have returned to Earth to retrieve it.

Meanwhile, 17-year-old Itzel Loveguard has written another story – and this time, it may have killed her father. Now, she finds herself entangled with an unexpected cast of characters – her estranged half-brother Oz; his unfailingly charming friend Seth, who can draw things into existence; and the handsome grey-eyed Aidan, who seems to have stepped right out of Itzy’s dreams in pursuit of a mysterious black pulse that speaks to him in the night.

With these new friends, Itzy is flung on an emotional journey, as they unravel the mystery of why her father took his life. But what will they do when they learn the explosive truth of who Itzy really is? 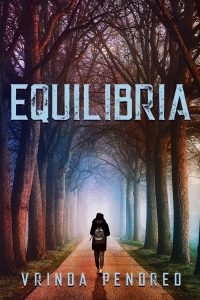 I’ve always been terrified of telling anyone these things.

Anna Nolon is obsessive – about everything. She worries about her grades, her appearance, germs, the pattern of her footsteps, the number of syllables in the words she says, her parents’ approval, the future and, most of all, death.

It’s okay – so does everyone else. This is Equilibria: the first society built to accommodate OCD.

But when Aaron comes along – the strange new boy who doesn’t quite fit into that pristine society of Holy Balance and Order – Anna is forced to look at the dark shadows hanging over her and decide if perfection is really what she wants.

Ansel has no idea what might lie at the top of that ladder, but he knows he has to get on it.

But when the troubled boy moves in next-door, Ansel finds himself drawn into a lifelong friendship he never thought possible. As they grow together and dare to allow others into their hearts, they find that the turbulence of life doesn’t always have to destroy you.

Inspired by the author’s background of living with bipolar disorder, The Ladder is a story of self-discovery, and learning to face – and embrace – the darkness we are all afraid to admit lies inside of us.