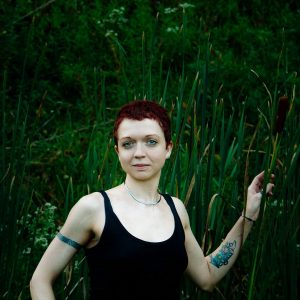 Whitney Metz is the author of the Black Magick Series, a story about the world behind the one we see every day, and finding our true paths. She lives outside the town of Mannington, West Virginia with Riley and Petunia, two pigs she adopted during an internship with a farm sanctuary. She has been vegan for over fifteen years and likes to include animal rights and environmental undertones in her work. She writes about magic, spirits, gods, mythological creatures, all the things she hopes exist in the world.

She has tried many different career paths, over the years; everything from retail, to construction to massage therapy, and even a brief stint in law enforcement (before she realized that the idea of changing things from the inside was not likely to work out in that situation), but writing has always been a constant for her. She believes that stories are a vital part of life and that great ones have the power to change the world for the better.

She was homeschooled as a child, which afforded her the freedom to decide who she wanted to be, without the pressure of fitting into a social group. She is an asexual pagan who enjoys few things more than getting a new tattoo and is constantly working to improve herself both physically and mentally. One thing she would love to do, in her life, is take a road trip, visiting all of the haunted places in the United States. In the end, all she really wants is to leave the world a better place than she found it.

In addition to books, Whitney also writes a weekly blog at her website. 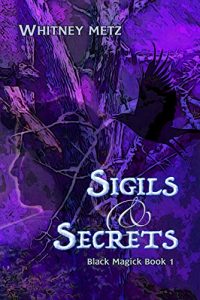 Ben Harrison was well on his way to having the life he always wanted. He had a high-paying job, a great apartment and, most importantly, he had Carrie. She was fun, exciting, creative, beautiful, and a bit eccentric. Carrie had a fascination with the occult, which Ben found irrational but not particularly troubling.

Then one night, during what Ben assumed was just another of Carrie’s standard ghost-hunting expeditions, something went terribly wrong. Now Ben must find a way to navigate a world that he never believed existed in order to save the woman he loves. Soon, he begins to realize that he didn’t know Carrie nearly as well as he thought.

To make matters worse, Ben’s encounter with the supernatural has left him with a mysterious infection ravaging his body and mind, further blurring the line between what is real and what isn’t. He is forced to leave everything he knew behind and seek out a healer to cure him of his illness. In the process, he learns the truth about Carrie, about magick, and about himself. 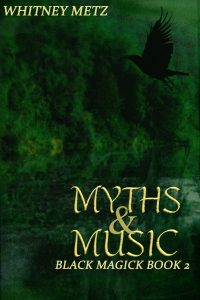 In this second volume of the Black Magick series, Ben Black (formerly Ben Harrison) continues his search for a way to rescue his girlfriend, Carrie, who has become trapped in another world. His stay with the healer, Jacob Weston, has cured him of the illness inflicted by the demon who took Carrie and helped him to understand his own ability to communicate with the other side, but he is still poorly prepared for the trials before him.

Ben finally meets the mysterious Camille, who he has been told is the only one who can help him get Carrie back, but soon learns that task is not as simple as he had hoped and finds himself back on the road. He makes new acquaintances including a trickster god, a great boar, a friendly chicken, and a group of animal rights activists. Over the course of his travels, Ben learns more about himself, his past, and his own strength, and begins to consider the possibility that this is the path that was meant for him all along.