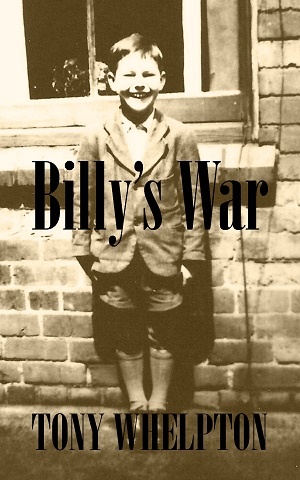 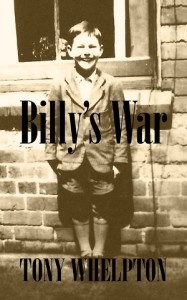 Billy’s War is the story of little Billy Frecknall. The date was Thursday 8 May 1941. Billy was nine years old, and Britain, the only country in the world actively engaged in resisting the influence of Nazi Germany, was being subjected to nightly bombing raids which saw hundreds of homes destroyed and thousands of people losing their lives, especially in London and the larger industrial cities. Billy’s home city of Nottingham had not yet been attacked, but that situation was to change that very night.

What could being at war mean to a nine-year-old? A great deal, not least being the fact that Billy to all intents and purposes no longer had a Dad, because his father had enlisted in the army in the early days of the war, as most men under 35 had, and they didn’t even know where he was.

That night saw the biggest air raid Nottingham had experienced, and there were many casualties, including Billy’s Mum. Billy survived, but finding his Dad became even more urgent than before. His obsessive quest led him into many adventures and a great deal of danger, but Billy was a feisty, determined boy, and his courage never faltered. Eventually, after being treated callously and cruelly by relatives who were supposed to be caring for him after the death of his mother, he decides to act.

Fortunately Billy was a cheerful, intelligent, resourceful boy with the gift of winning the hearts of most people he encountered, and the spirit of the beleaguered British people at that time was such that they were always ready to help someone who was in need of help.

The air raid on Nottingham is a historical fact, but the remainder of the story is fiction. The author was one year younger than Billy Frecknall at the time, and remembers that night vividly; he lived a couple of miles away from Billy, but he and his sisters sat with their parents, petrified, listening to the bombs screaming down and exploding when they landed. Twenty-three people were killed in Billy’s street that night, in a supposedly safe air raid shelter. In recognition of his own good fortune which contrasted with the ill-fortune of those victims, Tony Whelpton dedicated Billy’s War to the memory of those twenty-three people.

But despite the tragedy this is ultimately an uplifting story, which pays tribute to the resilience of the human spirit in the face of adversity, and Billy Frecknall is the symbol of that spirit. He will undoubtedly win your heart too, as he has done many others!