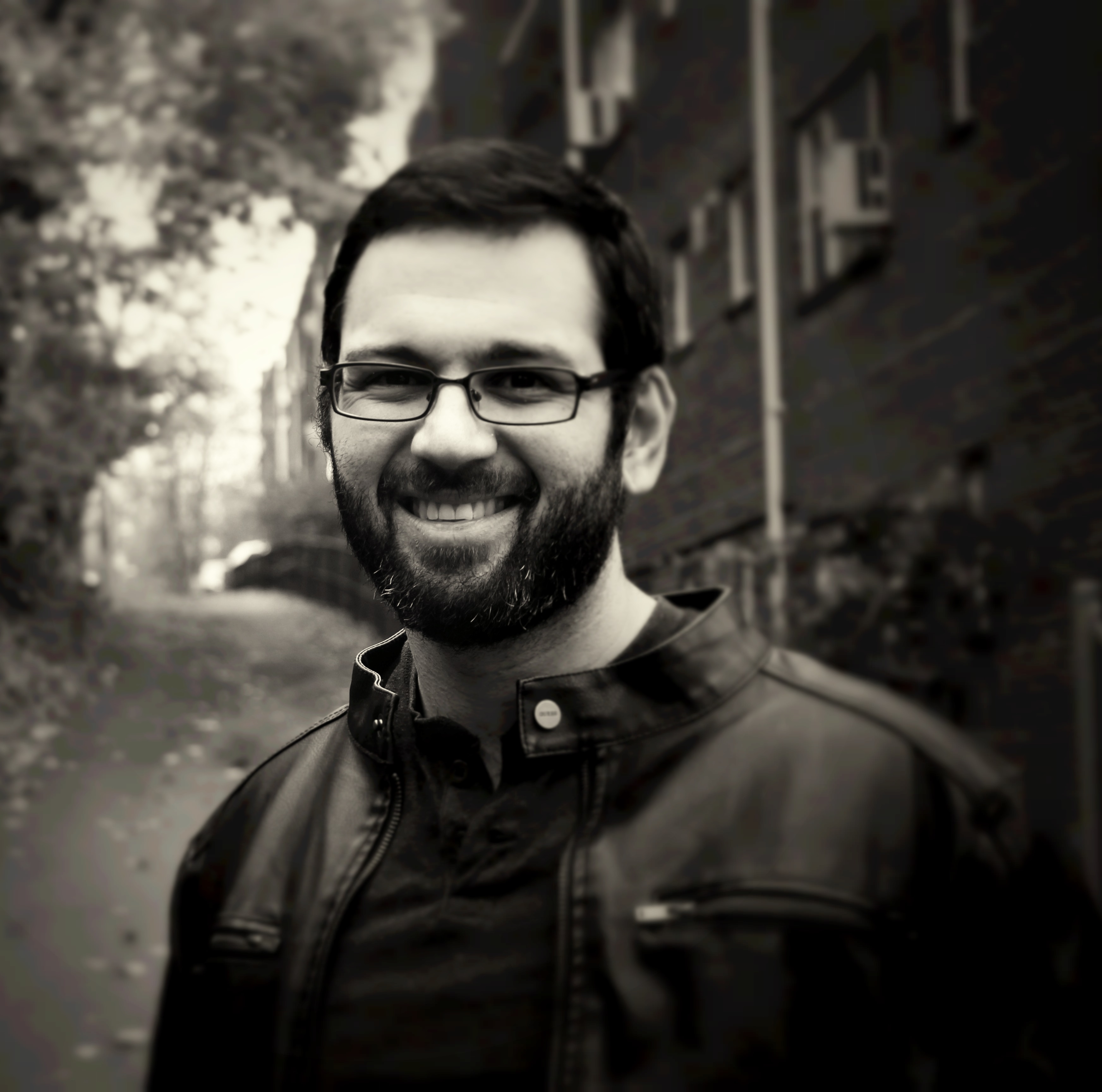 Self-Publisher’s Showcase: Today we are joined by Kenneth Suna, author of the thriller Roman. Welcome to the Showcase, Kenneth.

Kenneth Suna: Thanks for having me.

After working in the restaurant industry for three years, I decided to share my interesting restaurant stories: Out of control managers, crazy diners, mistreatment of the legal immigrant kitchen staff.

I self published my first book, It’s a Miracle They Ain’t Dead Yet, which chronicled that experience.

KS: The only place I’ve ever written at length has been at my desk.  I don’t have a routine.  I write when the mood strikes. If the mood doesn’t strike for a day or a week, that means I stop writing. I know when I’m on a roll.  If I don’t like what I’ve written, I stop. I can’t force it.

KS: With my first book, It’s a Miracle They Ain’t Dead Yet, it was after several email exchanges with my mom. She was eager to read my outrageous restaurant stories. I thought a wider audience might be interested, too.

For Roman, I wanted to challenge myself to write a more comprehensive narrative and explore the character’s psyche.

KS: I had the idea. Actually, I’d had a semblance of this story ages ago, but had no idea where to take the character.  A year later, I returned to this idea and began writing.

SPS:  Do you have an interest in writing in other genres in the future?

KS: The articles I write for Primer Magazine are tongue-in-cheek humor, but I don’t think I have the skill to write a funny novel.  For now I’ll stick with stream of consciousness based macabre thrillers. 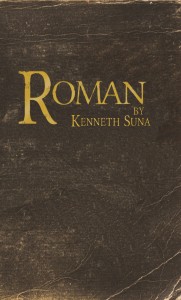 SPS: What could someone expect if they picked up a copy of Roman?

KS: It’s a dark story. Roman’s wife has a fear that the visual disorder he’s suffering from will cause him to inadvertently harm their children. She leaves him and he goes crazy, becoming unable to separate reality from insanity.

Many years ago, I saw a Roman Polanski’s film “The Tenant.” I was mesmerized by the story and checked out his other films, including “Repulsion.” These two films, along with Albert Camus’ book The Stranger inspired me to write Roman. So for readers familiar with these works, you can expect a similar emotional state, but altogether different story.

SPS: Did you write the novel aimed at a certain audience?

KS: No. Everyone will like Roman [laughs]. My specific audience will be readers who enjoy thrillers, horror movies, and stream of consciousness. I wrote Roman in the style of a movie.  It’s a very visual book—I tried to write so that if you closed your eyes, which is surprisingly hard to do while you’re reading, you could visualize the scenes unfolding.

SPS: Was there a particular reason why you chose to set the novel in the 1970s?

KS: Having watched “The Tenant” and “Repulsion,” which both took place in the 1970s, I thought there was a mysterious and eerie quality about that period. Of course, that might have been because of the grainy film quality of older movies, but I wanted to pay homage to those films, so setting it in the 70s made sense.

SPS: How much research was undertaken in looking into mental illness?

KS: My initial idea for Roman was a man living in a rundown studio apartment. He was stepping over spiders and cockroaches, going crazy, because he knew the bugs weren’t really there, but no matter how hard he squeezed his eyes shut, the insects remained.

I researched the various causes of hallucinations—drug abuse, dementia, seizures, that sort of thing. I rejected those ideas, because upon flushing the story out, I decided I wanted Roman to be an otherwise healthy family man.

That’s when I discovered Charles Bonnet Syndrome: Perfectly sane people suffering from visual—not mental—hallucinations. There is no known cause or cure for this disorder, which opened up more exciting possibilities for the story. I did reference medical journals throughout the writing process.

SPS:  How hard did you find it personally to put yourself in the mind of someone going through all that Roman does?

KS: Other than the visual hallucinations and suicidal tendencies, Roman and I are a lot alike [laughs]. That is to say we’re perfectly content to be alone—introverted, don’t really like when the telephone rings—that sort of thing. Many authors’ first novels are usually autobiographical. I guess that’s because authors know themselves fairly well and need a character to write about, so why not base the character on yourself, no matter how loosely.

The darker stuff didn’t really get to me. I don’t know what that says about me. Maybe I should get a psychological evaluation.

SPS:  Other than Roman, who else character-wise should readers be on the lookout for?

KS:  Jeremy, who lives across the street. After his wife leaves him, Roman moves back to Manhattan. Roman is alone, has nothing to do, and begins to spy on Jeremy, whom he can see from his living room window. Everything goes downhill for Roman from the moment he notices Jeremy.

I’m also contemplating sending a copy to Roman Polanski with a note politely suggesting he adapt the book into his next film starring Mathieu Amalric as Roman Jeffries. Can’t hurt, right?

By the way, when people read books, they usually envision what the characters looks like. As I was writing, I envisioned Mathieu Amalric as Roman. The crazier he gets, the more he morphs into a shaggy Amalric, facial hair included.

SPS: Do you have any plans to revisit Roman, or has the story been told in its entirety?

KS: I think the story has been told. But who knows?

SPS: What can we expect next from the pen/keyboard of Kenneth Suna?

KS: Well, I don’t want to give too much away, but I’ve always been a fan of the classic 1930s Boris Karloff horror movies. You know the type, an evil doctor uses science to his advantage to wreak havoc, because why not? He’s an evil doctor.

KS: No. I had delusions of grandeur like most folks. Wait until Random House reads my manuscript! Well, Random House never read anything I wrote. And they probably won’t—fuckers [laughs].

KS: I self-published It’s a Miracle They Ain’t Dead Yet, so I’m familiar with the process. I used iUniverse, which I would not recommend. This go-round, I used CreateSpace, a much better experience.

KS: That’s a hard to answer. I guess I’d say take your time, don’t force anything. If you have an idea, it’ll come. You don’t have to write it right this second. Use an outline. That’s how I wrote Roman. I basically wrote out the entire story in bullets and filled in the dialogue and descriptions later. If you believe in what you’re writing, stick with it, even if it’s not what or where you want it to be in the beginning.

There will be rewrites and more rewrites. And after those rewrites, more rewrites.  Don’t be in a hurry to publish.  Get the story as tight as you can, deleting some secondary stories that aren’t critical.

KS: I like Albert Camus. I like the Marquis de Sade, although I will probably never finish Juliette. I enjoyed The Road by Cormac McCarthy and The New York Trilogy by Paul Auster.

But if I had to make one plug, it would be for one of my favorite books, We Are Rich by Dori Carter. I couldn’t put this book down.

SPS: Thank you for joining us today, Kenneth, and all the best for the future.

SPS: For more information on Kenneth and his work, please do visit his Author page here