Interview – Howard Smith author of Diary of a Sinner 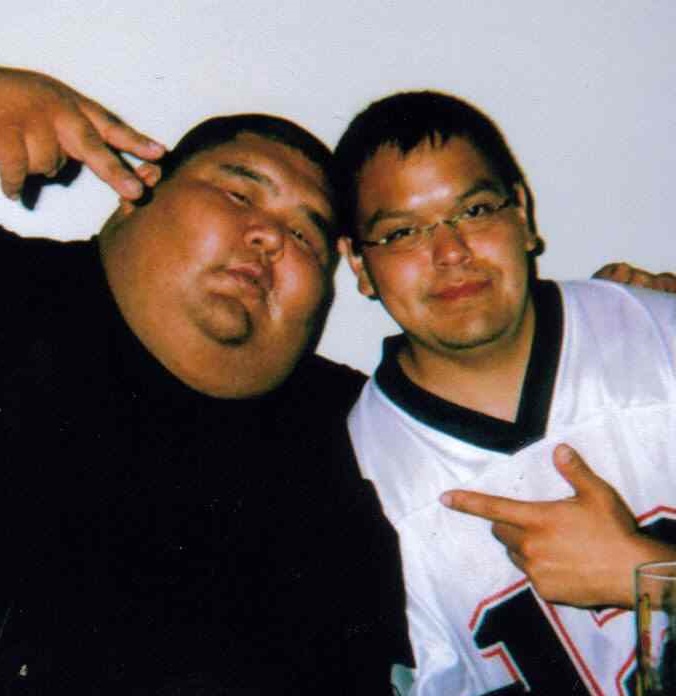 Today we are joined by Howard Smith, author of Diary of a Sinner.   Welcome to the Showcase Lounge, Howard.
Howard Smith: Hello everyone and thanks for having me, I appreciate it.

SPS: For any of our readers that haven’t come across your work previously, can you take a moment to tell us all a little about yourself?
HS: Your readers would have to be related to me if they already know my work – I am a 35 year old stay at home son from Kitimat, British Columbia and I finished and self published my poetry book, diary of a sinner, in 2008 and I’m in the process of converting it to eFormat, so it can be downloaded on any device. It is different from most poetry books because along with the poems, I include the explanations of how the poem came about.

SPS:  What are your perfect writing conditions, and how often do you write?
HS: To be honest, I don’t write as much as I should. Getting the book complete (in the process of doing some re-writes for the eVersion) is taking longer than I thought because there’s so much more I can flesh out with the back stories of the poems that I couldn’t include in the paperback. The poems have not been touched, but I get to go more in depth with the explanations. And perfect writing conditions? When it comes to poems, if I have an idea floating around, I’ll just keep some paper and a pen with me, and ideas usually come to me when I go for a morning jog or on the bus. After getting random thoughts on paper, I usually wait until late night to try put them together and get them coherent. Perfect writing night would be 11pm, a cup of tea beside while putting together some ideas while The Daily Show is on.

SPS: Can you put your finger on the moment where you decided that you wanted to publish your work?
HS: Yes, it was after getting the 40th form rejection letter from publishers all over Canada. No Canadian publisher was interested in a rookie writer (at the time, only had a handful of poems published), they didn’t like that my poems rhymed (same with a few of my poetry professors in University) and they didn’t understand why I had to include the back stories of how the poems came about. So, after the last form rejection I had enough and just thought, “I’ll do it on my own.”

SPS: Why do you think it is that you have found yourself writing in the style that you do?
HS: I grew up listening to rap, so my big ears are tuned to beats and rhyming styles.
more inspired by Biggie & 2Pac than Shakespeare & Wordsworth
Also, I’m a huge documentary nerd, I love knowing the real stories behind the scenes. Thought it would work in a poetry book because it pulls the curtain back and lets the reader know what the writer was really talking about.

SPS: What would you say if anything, best differentiates you from other poets?
HS: I’m a natural rhymer, I don’t think you see too much of that in the poetry world right now (don’t take my word for it though, I’m not completely deep in the poetry world or circles at the moment). And other than interviews like this or personally asking the poet about specific poems, no one really knows the stories behind the poems. That’s something I always wanted to do.

SPS: Can you take a moment to tell us all about your debut release Diary of a Sinner?
HS: Quiet. Friends & Fam knew I was writing poems but they didn’t know I was working on a book. I took to social media before the release, the Kitimat Public Library (shout out) tried to have a release celebration and I want to say… 7 people showed up (with 3 of them being my Dad, Sister and Nephew). I do remember having a delicious moment with the owner of a small bookshop in Kitimat:, who  reluctantly took 10 copies of my book on consignment, saying ‘poetry doesn’t sell, I’ll be lucky to sell 4 copies of this in the next 6 months.”   I went out of town for a friends wedding (shout out Becca) and I got a call 3 days later, ‘we need more copies of your book; we sold out already.’   Since the release, I think I sold roughly 250 copies, give or take. I hope to reach more people once its out in eForm.

SPS: How would you say the later pieces differ to your earlier work ?
HS: I would say the styles are the same but the vocabulary evolved. I kept the poems in order of when they were written, mainly to show and bring the reader along with me as my style and game grows. Hopefully my style evolved anyway. Had a poetry professor call my work ‘nursery rhymes,’ which is not too far off, I guess – will have to let the readers decide.

SPS: How cathartic was the whole experience?
HS: Is it bad, as a writer, that I had to look up the definition of cathartic? I said it in the book, spilling all my feelings on the paper was like a therapy session. Once I get a poem on paper, the majority of the time its out of my system. So when I talk about lost love, fake friends or suicide attempts, its good to get it down so I can go on to the next one.

SPS: Were there any subjects that you found easier to talk about?
HS: Because of social media, my life is an open book anyway. All the stupid sh… stuff I do, I have friends and family who take great pleasure of never letting me forget. Makes you build a thick skin and weirdly enough, a good sense of humor. So writing a poem about racism, friends who have passed away, contemplating suicide… everything is on the table and all fair game.

SPS: Do you see yourself following up Diary of a Sinner with similar styled work or something different?
HS: I might only have a few poems left in me. Found a half finished poem about my friend Tyler who passed away – and got a half finished one written about frustrations I have been going through lately. I’m going to end the eVersion with a creative writing piece about my experience when I tried out for the BC Lions. If I have any writing left in me, I think I’ll be heading down the creative non fiction road.

SPS: What’s next on the self-publishing horizon for yourself?
HS: To be honest, I have no idea. I could have a full poetry book left in me, a creative non fiction piece or this could be the only book I release. I have no idea what’s next on the horizon. I’m hoping the eVersion of diary of a sinner  is ready by my birthday (Aug 30th… if you want to send anything, my shirt size is XL and 10.5 shoes – also cash & liquor store gift cards would be completely appropriate and appreciated). All of this pending on the losers of last years fantasy hockey pool paying me the money they owe (shout out Wolfpack Hockey League, pay up bastards).

SPS: Was the Self-Published/Indie-Published route always your preferred route for your work?
HS: I knew when I was 25 poems in that I wanted to complete a book. The first idea was to collaborate with 2 other Haisla writers (one of them being Paul Windsor who did the beautiful artwork on the back of the book) but that didn’t pan out. It had to be around that time where I started to query Canadian publishers about the idea of a solo book, sent samples, the artwork and what I thought it could be, all I got was form rejection letters. That’s when I had an ‘8 Mile moment,’ when I thought, screw them, I’ll do this on my own.

SPS: Has the experience so far been all that you thought it would be?
HS: It’s a good pickup line (that I only used three times, unsuccessfully for two) that “I’m a writer and I have a book out,’ and a nice little milestone, but it’s been so long since the book has been released and I haven’t written much since. The luster is off of the experience right now but maybe it’ll start up again once the eBook is ready. But I can’t complain, I remember when I first read The Outsiders in elementary school (shout out Mr Long) and thought to myself that I could, and wanted to, write a book about my friends and myself.

SPS: If you could give one piece of advice for someone looking to get into writing, what would it be?
HS: Patience is a virtue. Looking to get published takes tons of time but if you have the patience and the talent, success will find you.

SPS: Before we bring this interview to a close, it’s your chance to name-drop. Anyone who you feel is deserving of more recognition at present or someone whose writing you have recently enjoyed? Now is your chance to spread the word.
HS: Alisha Sevigny recently released her debut “Kissing Frogs,” which is great and a highly recommended read. I’m excited and looking forward to my talented niece Alexis Duncan and whatever she’s working on. Anything fellow Haisla writer Eden Robinson always turns out is so great. Music wise, its always great to hear anything from Haisla artists Lee Wilson & Arthur Renwick – and my friend Cory Friesenhan is doing big things. Since I still get to name drop, shout outs to Rhonda Bailey, Wayde Compton & Harold Rhenish.

SPS: Thank you for joining us today, Howard, and all the best for the future.
HS: Thank you for having me & I want to thank you for promoting self published works. It helps the little guy so much. Looking forward to having diary of a sinner in eForm by the end of next month so maybe we’ll catch up when that time comes around. For those wanted to know a bit more about me or about the release of my book, please feel free to follow me on Twitter @HaislasFinest15 – thanks again and have a great summer. Cheers