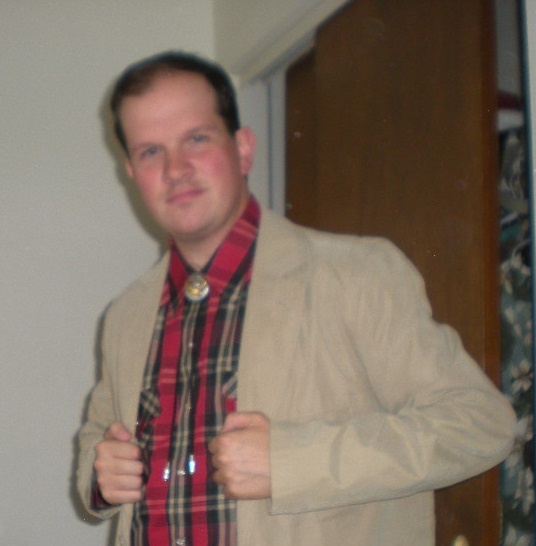 Self-Publisher’s Showcase: Today we are joined by Max West, author of the Sunnyville Stories
Welcome to the Showcase Lounge, Max

MW: Thank you for welcoming me.

SPS: For any of our readers that haven’t come across your work previously, can you take a
moment to tell us all a little about yourself and your work?

MW: My professional name is Max West and I’m originally from New York City. I now live in
Fargo, North Dakota. I write and draw comics, namely my own series Sunnyville Stories . The saga
itself tells the story of a remote village of anthropomorphic animals dressed traditionally; the
protagonists are Robert “Rusty” Duncan, a city boy, and Samantha “Sam” Macgregor, a country
girl. The two have various adventures where they meet the town’s denizens, fix local problems
and explore the wilderness.

SPS: What are your perfect writing/creating conditions, and how often do you write?

MW: I try to write as often as I can but can put down an exact schedule. If I’m not at my
computer typing out actual scripts for my work, I’m thinking of new ideas and jotting them down
in notebooks. I was taught to always be thinking of unusual ideas. As for my writing conditions, I
like to work at my computer with the TV on and something playing on there, like cartoons or
movies.

SPS: Can you put your finger on the moment where you decided that you wanted to publish your
work?

MW: I first thought of my creation Sunnyville Stories back in 2005 but didn’t fully develop the
idea, the world and the story until 2009. I first sought out a publisher then but decided to go it
alone that year for one simple reason: control. I feared having some editor looking over my
shoulder and telling me “no, you can’t write that” or “no, you can’t do that because it’ll offend
someone”.

MW: I write what I want to write. I won’t compromise my artistic vision to make my creation
more commercial, to suit the needs of some primadonna editor or to appease moral guardians.

MW: It comes from some of my own personal experiences. Back in the early 1990s, I moved from
my home in New York City (one of the largest cities in the world) to a small town in rural North
Carolina. It was a complete culture shock; in addition to being a totally different part of the
country, it was so remote. In New York, anything I needed was in walking distance. In rural North
Carolina, you needed a car to get anywhere and get anything; many of the amenities I took for
granted in New York were not available there. I reflect that in Rusty having to adjust to living in a
small village and Sam helping him to do that.

SPS : What’s next on the self-publishing horizon for yourself?

MW: Working on more Sunnyville creations and working on getting more sales; that means more
promotion and marketing using ingenuity and word-of-mouth.

SPS : Was the Self-Published/Indie-Published route always your preferred route for your work?

MW: Not always; I tried to go through publishers first but got rejected. In the end, I went it alone
because I wanted complete control. I didn’t want someone telling me what I couldn’t write or
show in Sunnyville.

SPS : Has the experience so far been all that you thought it would be?

MW: Somewhat. I have gotten some critical acclaim and a bit of name recognition, but I have to
deal with not having the resources of a even a medium-sized publishing house.

SPS: If you could give one piece of advice for someone looking to get into writing, what would it
be?

MW: Keep at it. You will NOT get the hang of writing over night. Be persistent.

SPS: Before we bring this interview to a close, it’s your chance to name-drop. Anyone who you feel
is deserving of more recognition at present or someone whose writing you have recently enjoyed?
Now is your chance to spread the word…

MW: A.P. Fuchs, creator of Axiom Man. His work is a hidden gem!

MW: You’re very welcome! And everyone out there – don’t forget to buy copies of Von Herling,
Vampire Hunter and all the volumes of Sunnyville Stories !