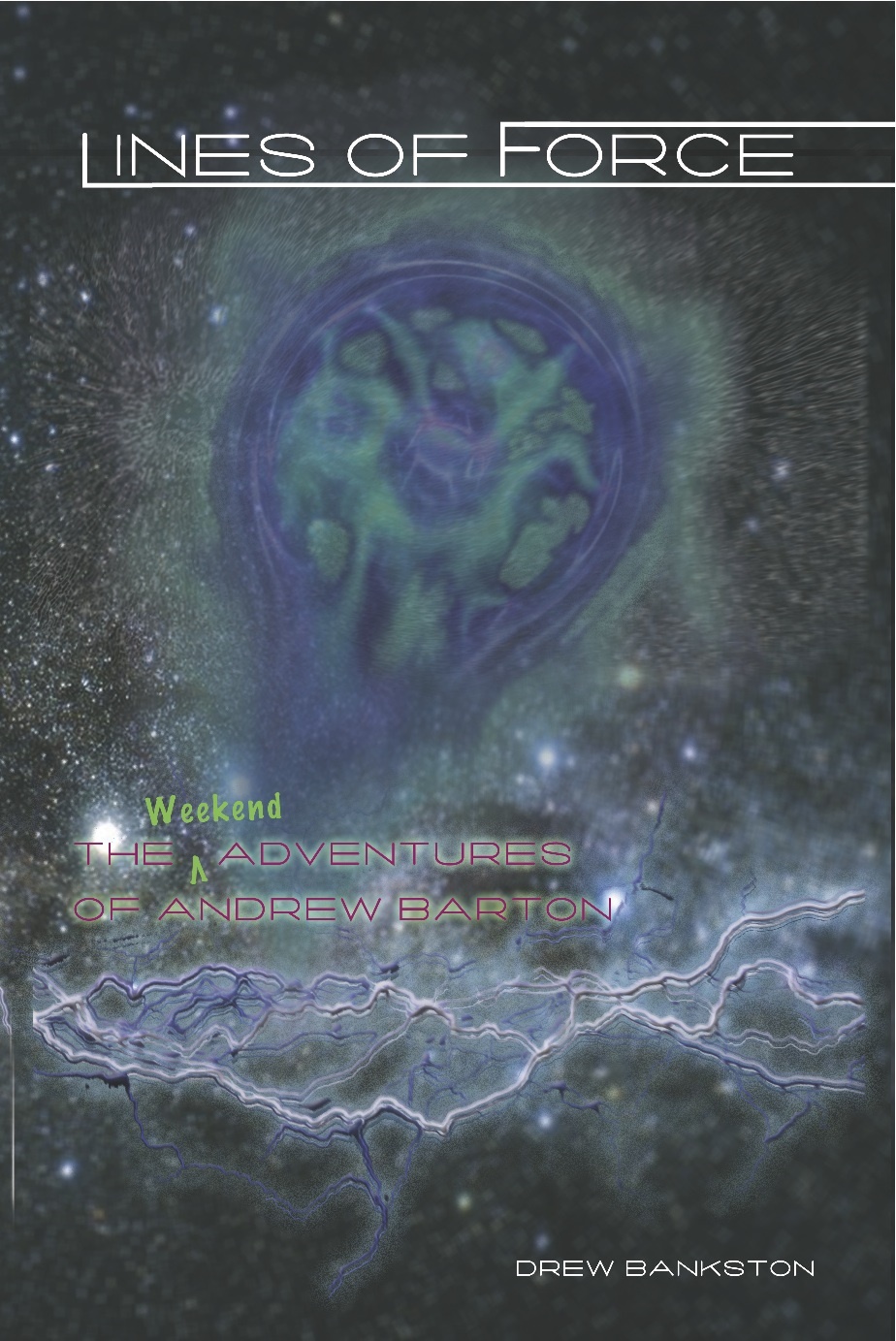 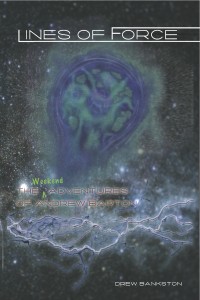 Travelling back in time and changing history is not a new concept. It is a well travelled road for science fiction writers, television executives and film studios alike. To do something new within the genre must be really hard, I like to think I’m a fairly bright individual but, every time I think of this subject, I find myself at dead ends and so when a new tweak on an old favourite comes along it’s a joy to find. This joy was delivered to me courtesy of my friends at Self Publisher’s Showcase with the new release from Drew Bankston, Lines of Force.

Andrew Barton is bored. He is a forklift truck driver, despite a degree in agricultural science, and is married to long suffering wife Julie. Andrew gets thrills from trying to invent things, hiding away in his garage for hours on end, missing appointments with friends and often forgetting time with Julie. Andrew is trying to make a machine that would convert his Plasmatic Drive into something useful to move cars away from fuel. A small accident happens and Andrew awakes on the garage floor the following morning having jumped 12 hours in time.

It was the little changes at the start of the novel that piqued my interest. Coming at the concept from the point of garage science was a great introduction and the science on the page was written in a way that someone like me, that does not have the best grounding in the subject matter, could both understand and find believable. It was the small, delicate, almost insignificant changes that are the real master strokes behind this book. A different dinner each time, the wife Julie’s change of mood and emotional reactions were fascinating to see unfold, with Andrew wondering if he would ever get back to the wife he originally had.

There are bigger more popular parts of the time travel concept within the novel and they work. Drew Bankston has a grounding in science fiction from somewhere and hits all the marks you would expect in a book of this type. However, it is the purely accidental nature of the discovery and the small human emotion elements that pleased me the most. This wasn’t science fiction in a grand style like maybe Arthur C. Clarke would produce, this was simplicity playing on the page, great storytelling with small twists and plot points, much more in the style of Dick or Bradbury.

Very enjoyable science fiction that is approachable for all forms of reader, and also I want one of those glasses that you talk to and it fills itself! If Drew Bankston ever gets his fictional ideas to be reality then that’s the one I want first! Gin and Tonic…