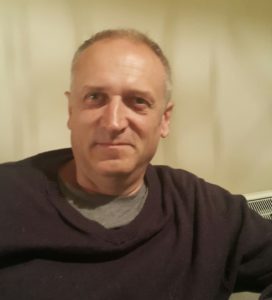 Alan Sawyer was born in the East of England and has been writing since a young age; often poetry and short stories. Although he had many ideas and part novels completed, he never published his first complete novel until his forties. Now he is working on his third. Writing comes very naturally to him and he likes to write in different ways in various genres, however thrillers and stories that are true to life are at the heart of his writing. He likes to pen from his own experiences and include snippets from the surroundings of where he lives. Often he writes a chapter in his head whilst on long walks around the water meadows by his local town.

His first novel ‘Cloudburst’ began as a song title, advanced into music and later progressed to a whole idea as a novel, but the end product was nothing like the original intention. His second novel ‘Goodbye Sunset’ is a sequel and completes the pairing; both are available on kindle and in paperback. They are thrillers based around relationship entanglements, which keep the reader guessing till the very end. His work in progress is a part historical novel and something not attempted before, he hopes this will be completed in 2018.

He continues to write music and poetry, which is something that came before the story telling, and he hopes a poetry anthology will come together in the near future. 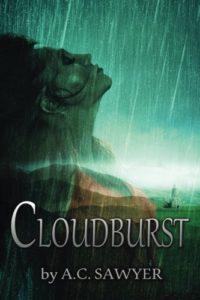 AN OUTSIDER ARRIVES IN A RURAL SUFFOLK VILLAGE AND SUDDENLY LIVES ARE TORN APART… Maria is trying to find a way to let go of her past and build a better future. For years Maria thought she was not like other people. Always feeling different, on the edge. As summer progresses she finds powers within herself, even she didn’t know she had. Maria’s moods are changed by lightning storms; unlocking forces that she’s still yet to fully understand. Blake’s marriage is falling apart. Together with Maria he uncovers heartbreaking deception. Over the summer they fall in love. Sadly within a few months Maria’s intuition tells her Blake will discover everything about her and her past. Maria can’t allow that to happen, whatever the cost. So tragedy beckons for all involved. 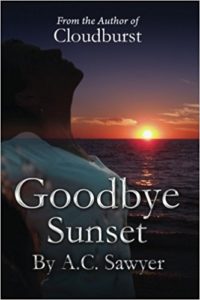 The sequel to Cloudburst… Maria is caught between the ancient world and the present… As summer turns to autumn, Maria is still gripped by her past. Now realising her powers, she has to come to terms with them. Maria’s lost loves are buried deep in her psyche and take us on a journey, unpeeling the torment that makes her who she is. This is a thriller merged with love and hope, like Cloudburst, it continues to surprise