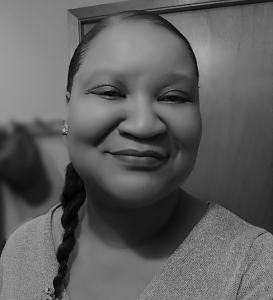 Ametra S. Rayford is an award-winning author who was born in Chicago, Illinois. Though she toils as a Certified Pharmacy Technician by day, she can be found writing at almost every other spare moment, and usually on every available surface. Ametra’s literary world is set to music, and everything she writes has its own unofficial soundtrack.

Having begun writing at the age of 13, Ametra has since accumulated thousands of pages of written work, divided among various storage devices and spiral notebooks, including an over 850-page fanfiction she gleefully co-authored several years ago. Whether poetry, short stories, screenplays, or full-length novels, Ametra has never tired of the creative process and realized that it was finally time to share her spoils with the world.

Ametra’s debut novel, Duality, is a 2019 IAN Book of the Year Awards Finalist in the Paranormal/Supernatural category. Her second novel, Vitae, was published in early 2020 and is the first book in a series. Ametra is currently working on her third novel, with subsequent releases planned for the next several years. Currently residing near Portland, Oregon, Ametra toils while under the scrutiny of a feline Editor in Chief, who thinks nothing of interrupting Ametra’s creative flow with demands of belly rubs, shenanigans with a laser pointer, and the occasional shower (warm weather permitting). 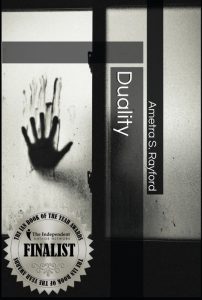 Gabriel Q. Matheson has almost everything he wants. At only 29, his reputation as a rising star and head of Matheson Media is unparalleled, and he is slated to take over one of his largest competitors. It isn’t until the elusive Xiomara Grant snags a coveted spot with the company that Gabriel plans to merge with that he begins to thirst for something more.

Xiomara, entangled within tempestuous friendships with her boss, Gabriel, and his friends, soon learns that each of them is after something – power, fame, and love – and they feel assured that the means of achieving their goals requires just a small sacrifice.

Jealousy, conflict, and pain long-forgotten cause a chain reaction with the potential to put an end to everything Gabriel and Xiomara have spent their lives to achieve. After all, sacrifices must be made to hold back the coming darkness. 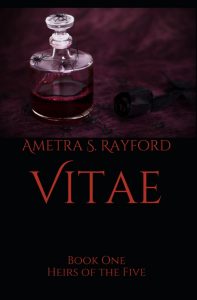 Born into a family of spellweavers, and lacking any innate abilities of her own, desperation enhanced by feelings of inferiority compelled Liana and four of her friends to cast her heartfelt plea across the realms. Liana’s hope was that someone would respond, beginning her transformation.

How could she or any of the others have expected Liana’s desire would clash with that of another whose nefarious intentions would engulf the five – and their future generations – within an intricate battle for supremacy?

Vitae is the first novel of the Heirs of the Five series.