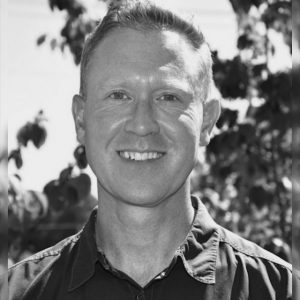 Brian Pinaire is the author of the scholarly treatise The Constitution of Electoral Speech Law and the comic memoir This Is Not Your Father’s Fatherhood, as well as over eighty articles appearing in academic journals or at popular outlets such as McSweeney’s and The Huffington Post.

Pinaire holds a BA in politics from Whitman College and a PhD in political science from Rutgers University. He was formerly a tenured professor of political science at Lehigh University, in Bethlehem, Pennsylvania, where he taught courses on American politics and the United States Constitution. During his time at Rutgers and Lehigh, he received several awards for teaching and research.
Since retiring from academia, Pinaire has worked as an author and freelance editor specializing in academic journal articles, dissertations, tenure/promotion packages, and self-published books. A native of Omaha, Nebraska, Pinaire has lived all over the United States but currently resides in Portland, Oregon, with his wife, their two sons, and the family’s adorable Australian Labradoodle. Before he got a dog, he would never have been the type to mention a dog in an author bio, but things change.

This Is Not Your Father’s Fatherhood: A Comic Memoir 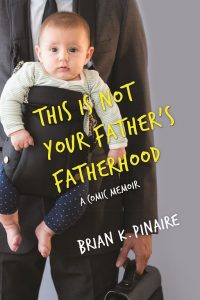 During the paternity leave he reluctantly took with his first child, Brian Pinaire expected to get a lot done. As a workaholic with absolutely no intuitive understanding of children, Pinaire figured the baby would nap all day, allowing him to be immensely productive away from the office. It’s funny how foolish you are until you become wise.

Not only did he not get much accomplished during this period, he started to feel okay with that, realizing new priorities in his life. A second paternity leave, three years later, reinforced this sentiment, as have his subsequent experiences as the primary caregiver in the home due to his more flexible work schedule.

Sure, he remembers when children’s songs weren’t burned into his brain, when he wasn’t referred to as so-and-so’s dad on the playground, and when two living and breathing deadlines didn’t steal away so much of his time. But he wouldn’t go back. He’s proud to have evolved from a (sometimes) self-centered jerk to a (mostly) self-aware father and husband.

Pinaire’s musings on masculinity, adjustment, anxiety, intimacy, pride, doubt, perception, reality, and everything in between make This Is Not Your Father’s Fatherhood a witty, insightful, and entertaining read for fathers, mothers, and anyone who appreciates humorous depictions of an old sight in a new light.