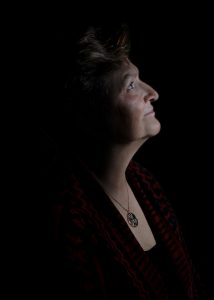 From a very early age CJ Carson has been inspired by a great story, but what has brought her to this juncture in her life and inspired her to put pen to paper are the many rich experiences and opportunities her life has put in her path.

Her love of learning and new adventures has afforded her opportunities to reinvent herself many times over.

While working in the medical field she became a licensed massage therapist, attending a number of classes to learn energy work. She then went on to become a Polarity Therapist and Reiki Therapist.

As an artist, she has explored many modalities that have taken her on many a journey.

Her acting has brought her into the world of theatre both on the stage and behind the scenes.

Painting introduced her to a group of artists that shared her passion of bringing a scene to canvas.

Her love of singing afforded her the opportunity to travel twice to Europe as a soloist with conductor Sonja Dahlgren Prior and a chorus out of Boston. Sonja, affectionately known as Sunny, inspired her to do something, she never dreamed possible.

But something CJ Carson has always wanted to do is write. As a young student in high school, she had a teacher who implored her to pursue a writing career, but life had other plans for her first.

Now she is finally introducing to the world her first published work, “Murderous Envy” from her trilogy, Veils of Parallel Times. 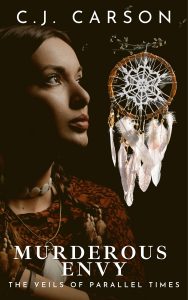 Allie Callahan had her whole life mapped out – run her family’s marketing firm, make her first million, and get that next big contract. Destiny had another plan. After a catastrophic event forces her to rethink her life’s path, Allie discovers that the heritage she’s tried so hard to deny is about to lead her in an entirely new direction.Unable to ignore her grandfather’s Native American heritage, Allie embarks on a journey that will test her fortitude, strength, and courage, but it will also bring her the one thing she never thought possible – love. 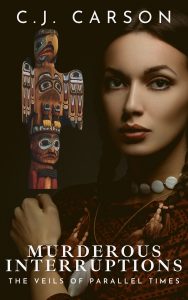 The paranormal mystery The Veils of Parallel Times continues with “Murderous Interruptions”. Allie Callahan’s nemesis is a challenging and formidable adversary.
Travel with Allie as she finally accepts and embraces her ancestral gifts to stop her archenemy who would have her destroyed for his own lust of power. Explore the depths of her relationship with this rival in this life and beyond the veil. 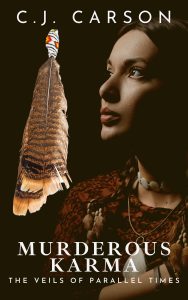 Join Allie Callahan in “Murderous Karma” as The Veils of Parallel Times continues. Will Allie finally succeed in halting and imprisoning her archenemy, who has stalked and tormented her through the ages? Continue down the path of her destiny with her as she finally comes into her own and confronts her archenemy, and learn if she can finally let go of this part of her past.