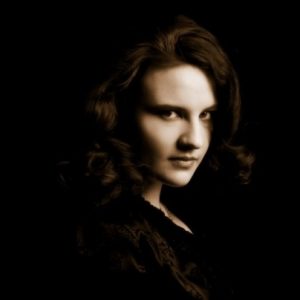 C.M. Rosens is the author of (sub)urban paranormal novels with strong Gothic/Weird Fiction influences, set in the fictional English coastal town of Pagham-on-Sea. It’s a quiet, rundown sort of place, too bleak for the bleak geeks, full of Eldritch Horrors, weird goings-on, paranormal entities and quite good pubs. In real life she divides her time between England and Wales, and can be found mainly among ruins of uncertain thirteenth-century date with her mammalian husband and her reptile companion. 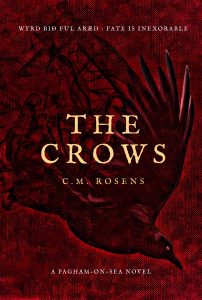 When broken-hearted Carrie Rickard falls in love with a ruined house, her life changes forever – especially when it loves her back. Fairwood House, known locally as The Crows, is no ordinary ruin. As Carrie pours herself into its restoration, she learns that it comes with a curse and an unsolved sixty-year-old child murder… and a mind of its own.

As she digs into the secrets of The Crows, Carrie is dragged into a world of witchcraft, blood magic and the supernatural, aided by her eldritch soothsayer neighbour, Ricky Porter, who’s as obsessed with the house as she is. Ricky, desperate to be master of Fairwood and the arcane artefact it guards, sees Carrie’s future is set in stone – and so is her death-date. But is his offer of help sincere, or is he the reason she’s doomed? 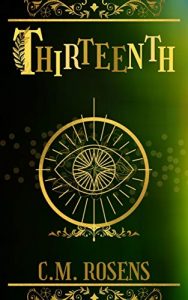 Katy Porter is the thirteenth child of a thirteenth child in an inbred family of eldritch horrors, and her own eventual metamorphosis will change her into a creature that hungers for her family’s flesh. To some, she’s a threat – to others, a weapon.

Katy needs allies to help her control her Changes, but she’s stuck with her oldest brother, a drug-addled playboy who voted to have her killed but is chaotic enough to have genuinely changed his mind, and her eyeball-eating, god-like cousin, whose idea of protecting her involves abduction, dark rituals, and encouraging her homicidal side.

If anyone is going to survive Katy’s transformation, scores need to be settled and fears need to be faced – and Katy is not the only one who needs to face them.

THIRTEENTH is an eldritch family drama with a Lovecraftian twist on HANNIBAL RISING meets FEAR AND LOATHING IN LAS VEGAS, set in East Sussex. Content Warnings for drug use, self-harm, suicide ideation, incest, violence, gore, body horror, and strong language. Adult Horror. A full list of CWs can be found on its product page at cmrosens.com.