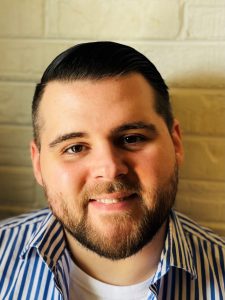 Carl Novakovich is the author of The Watchers Series, a story that puts a little fantasy into our everyday lives. Carl lives just outside of Chicago and writes daily on the follow-up to the first book in the series, The Watchers: The Tomb, with his dog Callie – which you can see many pictures of her on his Instagram. He writes to bring a little peace to this ever-dividing world, showing that everyone, no matter who they are or where they come from, can find some common ground, and relate to a story in one way or another.

Carl grew up in a family of restaurant owners and spent most of his life working in a kitchen. However, his passion has always been a bit more artistic. Whether it was music or writing, he has always been one to try to bring joy to others through entertainment.

After losing his grandfather due to this deadly pandemic that our world is still grappling with, Carl decided to channel his grief into his work to create The Watchers. 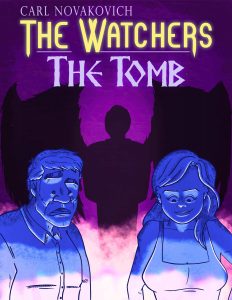 John Gideon, a former homicide detective turned P.I., has dug too deep and discovered the truth about the world while searching for the only family he has left. John and his new partner, Beth May – a spell-wielding demon who has turned her back on Hell – are humanity’s last hope to stop a collective of Fallen Angels known as The Watchers and a hierarchy of demons from breaking the first of the Seven Seals of Revelation. If the Seals are broken, they will set free sickness, war, and death on the world until there is nothing left but an apocalyptic wasteland for The Watchers to control. John and Beth have the tools needed and the strength to stop them. The only question is – are they already too late?