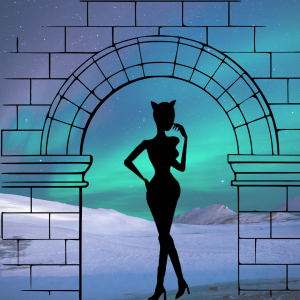 Cassandra Featherstone has been writing since she could hold a pencil. She is a dreamer, a reader, a bookseller, and a lover of all things magical and fantastic. She currently lives in the Midwest with her family and their cats.

Gail Jericho lives in the South and staunchly refuses to admit that hurricanes are worse than snow. She loves books, coffee, and hiding in her cave to avoid all the people outside. 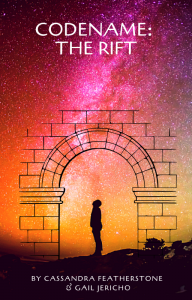 They are always watching and none of us know. When we were recruited, we were told The Rift was created as an experimental playground for Company elites and their playmates–an escape from the ‘real’ world. What we were not told is that its true purpose is an experiment to create a pocket dimension that will be replicated and profited upon. Day to day, our community works, plays, and lives with our trials and triumphs, never realizing that since the Conflict, the Company has been monitoring our every move. They have been watching to see what happens when a community of humans grows and develops with of droids and doubles in their separate universe. Despite all the eccentricities of living in the Rift, Delilah’s life was normal until the mutation.

Now she must enlist the help of an old enemy to prevent the mutation from destroying her life as she knows it—and maybe that of everyone in her community. She knows that he is dangerous, and his family represents everything that the Resistance fought against in the Conflict, but he is the only one who might be able to give her the answers she desperately needs.

Once she invites the Cabal and the Company back into their lives, the mutation will be the least of her worries.