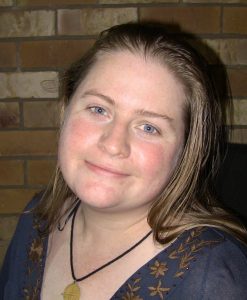 As a child Celeste Palmer had a run in with an evil librarian over a science fiction book. She read the book anyway and it encouraged her love of space, ignited her imagination and remains her favourite book to this day.

Celeste is now a screenwriter for The Alien Channel where she dreams up space adventures brimming with aliens.

She wrote The Adventures of Bunzaud, under the pen name Dan Zu’ub, as part of a TV show she is developing for The Alien Channel. The show is about a boy who loves a book his librarian doesn’t want him to read. In 2017 The Alien Channel released the forbidden book from the upcoming show. It contains an evil librarian.

Celeste is based in The Alien Channel’s secret underground headquarters in Brisbane, Australia.

The Adventures of Bunzaud (Science-Fiction) 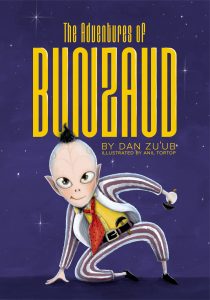 Bunzaud is a quaint little inventor who lives in the city of Peebleton on a small alien world. When he asks for his true love’s hand in marriage, not only does her father say no, he sends an assassin to kill Bunzaud. The couple flees in Bunzaud’s latest invention: a living spaceship.

Go on a space adventure with Bunzaud, Ahlia and Orbu as they meet intriguing aliens and confront a librarian who will stop at nothing to preserve her book collection – even if she has to obliterate Peebleton to do it.

The book comes with a glow-in-the-dark decoder medallion for deciphering the secret alien message inside.