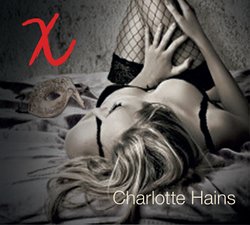 Charlotte Hains left the UK for France after deciding she needed a change, taking on the huge project of renovating a house. In the UK her life consisted of getting up, going to work, coming home, going to bed, and just surviving. She now enjoys French life within the community of the village in which she lives, and feels privileged to be part of it. She describes her French neighbours as fantastic, offering her help in every way they can, and says she might have given up long ago if they hadn’t been so understanding.

With her house nearly finished she found herself with long nights and lots of thumb twiddling, reading anything she could get on her iPad. In honesty, she admits it was here that Fifty Shades of Grey caught her eye. Unbeknownst to her, her sister was reading it as well. Her sister thought that, because Charlotte has such a creative side, maybe she’d be able to write a book too. As a joke, Charlotte emailed her sister her stories, also written on her iPad. She researched blogs and BDSM sites on the internet, and so Introducing Charlotte came alive. Before she knew it, Charlotte had over 150,000 words which she’d sent by email in instalments to her sister, and there was more than enough for a book…or maybe even two! 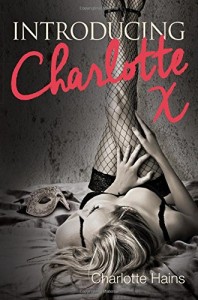 When Charlotte bumps into her old friend Anthony she is at her lowest… Shocked by the revelation of her escape from a controlling and abusive relationship, Anthony enlists the help of Nats and Lloyd to help Charlotte find the confidence she once had. Charlotte is unaware, however, of the darker side of her friends’ lifestyle. And although Lloyd is deeply attracted to her, Charlotte is broken, hurt, and lacks control. As Lloyd sets to work coming up with unique ideas to bring Charlotte back to life, she is introduced to an intimate world of secret passions and desire.

“Charlotte Hains has written the book that millions of Fifty Shades of Grey readers thought they would read.” – Bookbzz

“It’s definitely a great set up for a series, I look forward to any sequels!” Nikki Mahood

“With this debut I can see Charlotte going far in this genre and I will definitely look out for book 2.” Lynsey Farmer