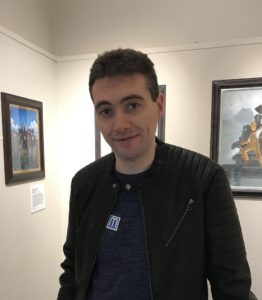 Craig Boldy is a writer from South Yorkshire, England. He lives with his wife and Labrador.

Craig has always loved to read, spending a great deal of his childhood in libraries and is now incapable of passing a bookshop without at least a passing glance through the door. He finds contentment either behind the pages reading a good book or in front of a laptop screen, writing one.

After being selected to have a poem published in a regional High School anthology at the age of 14, he was bitten by the writing bug, producing various short stories just for the entertainment of doing so.

Craig’s writing career has had an awkward start. After working in demanding fields such as Accountancy, Bar Management and Customer Service he has finally found the time to put words on paper.

As a lover of comedy, science fiction and good old-fashioned swords and sorcery fiction, he likes to write what he knows best with his first novel “Overlord of Time” being a science fiction time travel adventure written in an easy-to-read style with humour and a unique twist.

He currently spends his nights working on his next novel “The Infiltrator”, a science fiction technology thriller following a paraplegic ex-secret agent recruited into a shadowy government agency and used to control the minds of criminals as the crimes are committed. 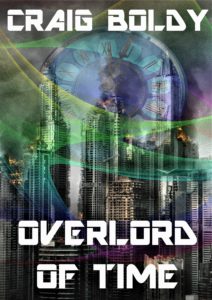 A Thrilling Adventure To an Alternate Future

What would you do if you found yourself stuck in an alternate timeline with only an experimental piece of technology keeping you alive? If your timeline was somehow wiped out, irrevocably changing your life and everyone around you?

Jason Brooks is the founder of a successful R&D Company – FutureTech Industries. After concluding a research project on miniaturised time-travel technology, he was ready to move on to the next great mystery, until an apparent malfunction thrusts him into an alternate timeline.

Travelling into the not too distant future, looking for answers, Jason suddenly finds himself on the losing side of a war against a madman who has conquered the planet using Jason’s inventions.

Lacking the power to return to his own time and plagued by a recurring dream containing a message he can’t understand, Jason is forced to fight his way to the person responsible for the devastation as he desperately tries to find a way to restore his timeline and put an end to the horrific vision of the future he finds himself in.

This incredible story will satisfy not only sci-fi enthusiast but everyone who’s looking for a nail-biting adventure to keep them longing for the next page! 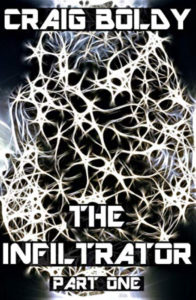 A freak accident during an arrest leaves decorated agent Arthur Buxton paralysed from the neck down.

Barely adjusting to his new life confined to a wheelchair, he is visited by a representative of a classified cutting-edge government program with an offer too good to turn away. The catch? Having what remains of his entire life erased and losing the chance to ever walk on his own again.

Accepting an offer to install technology in his spine, Arthur is now able to infiltrate the minds of anyone infected with microscopic machines known as nanites, taking complete control of their bodies and preventing the crimes they are committing from ever occurring.

What would you do? Infiltrate a terrorist cell and prevent a catastrophe? Or a gang of kidnappers and save the hostage? Or even stop a bank robbery, all while infiltrating the minds of the criminals?

Is this the future of law enforcement or another shady government organisation bent on completing the mission at any cost​?

One thing is for sure. Arthur is no fool. He knows nothing this amazing comes without a catch, and there is something strange going on at the Agency.