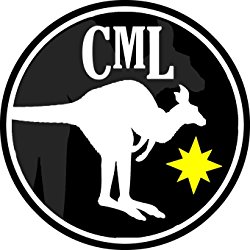 Crystal Mary Lindsey is an abuse survivor who came out of her first marriage of thirty years at age forty-nine.
Refusing to dwell on self-pity she went on to study at university gaining her B.N. and later becoming a specialist nurse in Emergency Medicine and Mental Health.

Due to her life experiences Crystal’s motto became, “It’s not where you come from that matters but where you are going that counts.”

With a profound faith in Jesus Christ, Crystal believes in forgiveness and love. Her books focus on this to give inspiration and encouragement which she believes; we all need.

Ray a native Tennessean and ex- U.S. marine met Crystal on the internet in early 2004; he traveled to meet her when she attended a conference in Chicago. They married soon after and remain happily together ever since.

Crystal lived and worked in Tennessee as a specialist nurse. She developed a love for the U.S. during her traveles with Ray across the many states on their vacations. After three years Ray decided he wanted a change in environment.

Traveling back to live in Queensland, Australia, Crystal suffered a bad fall and knee damage in Fiji airport. This accident forced her into an early retirement at sixty-three.

Traveling around the Australian Outback with Ray and their little dog Monty in a caravan, Crystal became enraptured with the landscape and wild beauty. Now, all of her stories endeavor to take the reader into those experiences, allowing them to see this magnificence through her eyes.

Crystal completed Bible College in 2013. She is the mother of four and grandmother of ten. Her ancestry is English, Welsh, and French. She is the OutbackOzzieWriter. 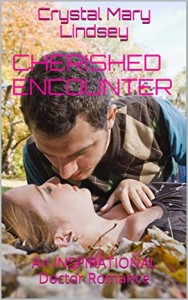 The Australian Outback with its unique landscape and strange terrain whispers love and romance to those brave enough to venture into its secret domain.

Dr. Ariana Ross leaves her past and family secrets behind as she travels far away to a new life and fresh start.
Her journey takes her to a medical practice in an Outback country town, where her impact on many – brings surprises.

Passions explode when she meets Zane Lombardi, one hunk of gorgeous Italian male. Zane is a Christian and Apple Orchard owner. He is also strongly adverse to the wiles of designing women. Being hurt in the past, he is certain never to be trapped again. On meeting Ariana, his animosity and rudeness cause angry sparks to fly.
He soon realizes his misjudgment of this beautiful young woman yet how can he go about changing the damage already done?

The unusual phenomenon surrounding the spirited Ariana is that two Angels accompany her everywhere she goes. They are her protectors and guides, and she is constantly aware of them.

Taught to have faith in God from an early age, is the strength that helps this amazing young woman to build her professional career. She finds pleasure in healing and helping all who come within contact.

She makes many new friends, fights against workplace bullying and domestic violence. She also rescues a dog that becomes her pet and companion.

In time Ariana gains insight into the death of her parents by reading her mother’s letter’s that had remained in a forgotten chest for many years.

Through the contents of these letters, Ariana finds her grandmother and Aunt, lying to rest all their pain and hurt. 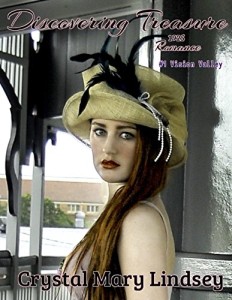 A Christian Romance – to stir magic in the mind and music to the soul.

Resembling another time and another place, the Australian Outback whisper’s its love song to the exotic French fashion houses of 1925, tugging an extraordinary young woman back to its magical terrain where her soul seeks its desired fulfilment.

Treasure Gilroy was a famous model living in Paris, the heart of 1925 razzle-dazzle.

Without notice, she disappears from the opulent lifestyle and journeys back to a beautiful valley on the other side of the Blue Mountains in New South Wales, Outback Australia. She has inherited her grandparent’s country home and intends to remain here.

Her special friend, Ella, a French hair coiffeur travels with her. There is a mysterious déjà vu connection between the two that will later come to light, and stun both.

Treasure meets Connor Latham, a returned World War I fighter pilot. Connor was her late grandmother’s lawyer, who is there to guide and help Treasure with her grandmother’s estate. Passions fire between the pair, confusing Treasure, and disarming Connor.

Will Treasure lose her heart completely? Well hidden family secrets are slowly discovered, and skeletons in the closet lay bare. Finally, Treasure gains an understanding of the many life uncertainties she has faced.

She meets the father she never knew existed, and the mother who did love her, yet kept her love hidden.

Treasure has been brought up without any knowledge of her Creator God or his son Jesus, so sees no necessity for him. She wants nothing to do with attending church yet gets coerced into going.

She learns she has spiritual gifts when a little boy goes missing.

Will she come to an understanding about GOD’s unconditional redeeming love? 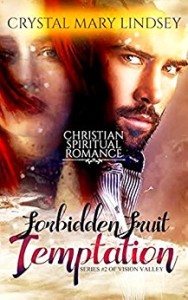 Silva has grown-up in the wild Australian Outback with its unique customs, people, and landscape that whispers love and romance into her soul from its immense terrain.

This free-willed young woman and adult daughter of Treasure had loved her neighbor Declan Callahan from an early age. After years apart gaining education both return to their families and discover each other anew.

Declan remembers Silva as his best friend Adam’s nuisance little sister. Now she is nineteen and home from a French finishing school. He is thunderstruck by her beautiful transformation into a desirable young woman.

To Silva, Declan is even more attractive than ever. She does everything in her power to make him notice her, and he does. Yet she can’t understand his reluctance to declare himself.

Declan, having completed his law degree is back at the family property for a short visit, before leaving forever.

Silva and any feelings of love are forbidden to him as his duty lies elsewhere beyond any romantic attachment.

Declan’s mother secured his promise to a celebrate vocation many years back, and Declan feels obliged to abide by her request. For this reason, he must deny his feelings for Silva.

Silva decides to fight for him the only way she knows how and this means by prayer warfare. She remains with her family and studies nursing while never giving up that God will give her the anticipation of her heart.

This story will lead you through – passion, determination, devotion, protection, sacrifice, devastation, and love that will Burn, as Strong as Fire. 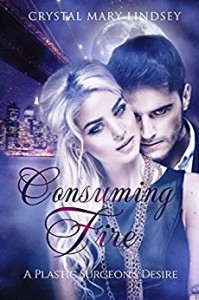 Dr.Javin StClair is a Charismatic Plastic Surgeon pursued by many yet known by few. When he sets his sights on Sage his new R.N. she confuses his mind and leads him a merry chase.

Sage Lauren Grace Saunders changes her life direction when she becomes employed by the handsome plastic surgeon. Working for him in a five day a week job with no shifts means a better social life without ties.

Doctor StClair’s patients consider him an enigma; however, no one is permitted familiarity beyond his professional boundary, although many women do try. Having been married once, with his wife leaving him for a man she considered to be a better catch, he has no intention of making the same mistake twice.

His reconstruction surgery for deformities and burns is renowned as is his history of determination to do things his way.

The one thing he wants since meeting his beautiful new R.N. is to know her better. He persuades her to travel with him to an Outback missionary clinic. Sage, who has never ventured beyond the city limits, is spellbound by the exotic animals and endless terrain.

This trip will change both of their lives with Sage finds her true self and discovering what it is that makes Javin and his parents different from the people she has always known.

They all share an inner peace she wants, and she soon finds in Jesus as her savior.

Reading this book you will discover the Australian Outback is like another place in another time. It whisperers of love, and romance, – sending the souls who venture into its shadows, on a journey of no return. 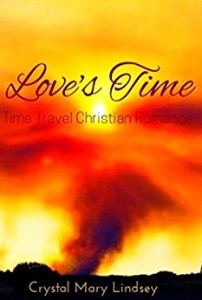 On receiving a mysterious packet from beyond the grave, Enya Raffetty embarks on a quest to learn more about her family’s origins.

She travels to the mystifying OutBack town of Brolga where her great grandfather began the family heritage.

On settling in at the old family homestead, she discovers a photo album from back in time which entices her to visit the isolated graveyard. Without any care of an approaching thunderstorm, Enya walks up on the hill, to see the graves. Standing in the rain, she gets hit by lightning and transported back through time to 1899.

She is found unconscious that evening by Lockland Dawson, a handsome Jackaroo landowner, who at first considers finding her to be a time wasting nuisance.

He changes his mind once spell bound by her beautiful eyes and decides he wants to keep her.

A nurse is hired to tend for Enya at Lock’s new home, Kooyong Homestead.

As Enya slowly regains her memory, she realizes she is not from this time yet having fallen in love with the magnetic Lock and developing friendships in the district; she hopes to remain.

Eventually, Enya confesses to Lock and her nurse that she has come from a time in the future. This is confusing, yet she is believed by both.

Lock who is now in love with Enya is afraid she will disappear in the same was she arrived. However Enya convinces him, there are no certainties in life and every day must be enjoyed with a trust and faith in God.

As a nurse with a Ph.D, she is more advanced in her medical understanding than the local doctor and takes on delivering a couple of difficult births, making her a valued commodity in the neighborhood.

Is book holds, suspense, drama, happiness, sorrow, faith, and love, down through the ages.