David Westdale is a former Dream Chaser who has experienced both the good and bad that the dream world has to offer. Having escaped from being a part of the secret government agency that runs the program, he must now stay in hiding… However, he is committed in telling his past stories about being a part of this organization.

The stories he recounts have been altered from their original forms. Names have been changed to protect those who continue to be Dream Chasers and may have any connection with David’s past. 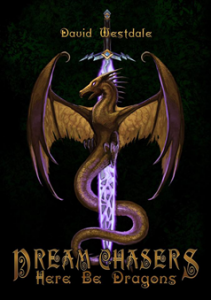 Take on Knights and Kings with a Fire Axe…?

Are you ready to be a Dream Chaser?

1.) Don’t fall asleep. Your nightmares might contain dragons that will eat you.

2.) If you do sleep, avoid dark caverns. Goblins may lurk around that next corner.

3.) Frogs are not disgusting.

4.) Remember that in the dreamscape, nothing is real. Reality is still the only place you can eat pizza!

Riley had never felt she was special… but when she woke up in the hospital, the world as she knew it was about to change. With one touch she was brought into the dreamscape. She found herself facing down her first nightmare creature and saving a guy from a fierce dragon. It was in his nightmare that she met the Dream Chasers, a secret organization that travels into and saves people from their own bad dreams.

Riley has powers that other Dream Chasers do not possess. She can enter dreams with only a touch, and once there can do things that no other Dream Chasers could. Now they need her special talents because without her, they would never defeat their greatest foe… A dream wraith that is stronger and more powerful than they have ever seen.

The world is as large as your imagination