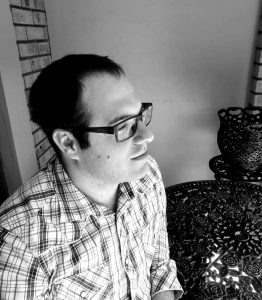 Currently residing in Johannesburg, South Africa, Dimitri Liountris is the author of The Oracle’s Journal. While he has his MPhil in Criminology, Dimitri’s true interest has always been in the fictional worlds outside of crime and mystery – though he plans to dabble in them one day. At this moment, Dimitri’s entire life revolves around the amazing craft of writing. If he’s not developing content for college textbooks in his day job, he is either writing his next novel or working on his own blog, Professional Amateur Writers, which deals with all things storytelling, such as themes, narrative structures, and character development. In terms of novels, Dimitri is currently working on multiple projects. While he has an interest in most genres, his stories focus mostly on sci-fi and fantasy, where he feels the worlds are rife with opportunities to explore concepts, themes, and ideas better than any other genre. He enjoys exploring themes such as family, community, power, extremism, religion, death, and grief – and he hopes to continue exploring these themes in future stories. 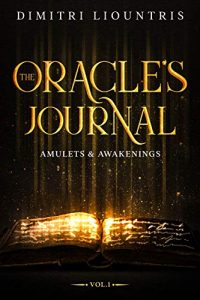 Suddenly, it’s a world flooded with magic and danger draws closer with every passing second. When the powers of sixteen gods are inherited by four teenagers, destruction is not far behind…

Deep in the Cradle of Humankind, four lives are changed forever. Eric Storm discovers the Amulets of the Spirits, artefacts that hold the souls of long-dead gods, souls that grant Eric and his allies powers beyond their wildest dreams. But this power is not a gift; it is a warning…

Across the world in Maxton City, Melissa Holden is fighting against the forces of Chaos. A family has been murdered, and the children’s hearts have been taken, all in an effort to bring about an unimaginable evil. The guardians are the only ones capable of fighting this evil, but in that, Melissa has her own concerns.

The world is changing. Magic is seeping back into Earth, and the Guardians find that reality is not what it seems. The mystical world has always been there, under the surface, and it is now bleeding through, changing their lives – for better and for worse. Magic is coming, and it will either bring change or destruction.

And the whole world is watching to find out which.

The Knights of Agnitia: The Oracle’s Journal, Vol. 2 (Urban Fantasy) 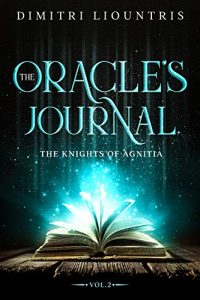 In Maxton City, everything changes in the blink of an eye. When a portal to the Chaos Realm – a place of torment, a world of horrors – opens up over Maxton City Park, the monsters begin to appear. Then comes the First Queen of Earth.

Now, four teenagers have found the means to battling these enemies deep in the Cradle of Humankind. They have found the Amulets of the Spirits, artefacts that house the souls of long-dead gods and grant the four powers beyond their wildest dreams, creating the new Guardians. Using these amulets, they can take the forms of the gods, and wield power that would incinerate mortals. But even that might not be enough…

Serena, the First Queen, the Demon Queen, is searching for the most powerful artefact in existence, an artefact capable of granting the power of a god: The Oracle’s Journal. If she ascends, then not even the guardians can stop her. 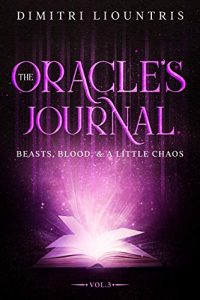 In an underground base, the guardians are training for the coming battles. Surviving their first major clash against the Knights of Agnitia, the four must now focus on honing their skills for the threats that still loom large. With their introduction into the world of magic and mayhem long behind them, the four find themselves struggling to navigate their new world while maintaining their secrets. Between Serena, the Knights, the Sons of Chaos, and their personal relationships, the guardians have their days full. And it is only the beginning…

Something is amiss in Maxton City. The young disciple of Chaos, Jerrick, is in fact named Carter. And he should be twenty years older than he is now. Something has stopped his aging, and Richard Samuels thinks he knows what. A race known as the blood mages exist, and they hold a dark power. If they have used this power on Carter, there may be more to the simple disciple than meets the eye.

The world is growing more dangerous by the second. Serena and her Knights are reevaluating their plans, preparing to strike, while the Sons of Chaos have amassed an army of Chaos Grunts – humans mutated through the power of Chaos. Both sides want The Oracle’s Journal – the most powerful spell book in existence – and they will do anything to get it, and the immense power it wields. And, as all will discover, Serena and Zazok are not the only threats out there. If the guardians are to defeat their enemies, both new and old, they must become stronger. Blake and Eric must learn to transform. 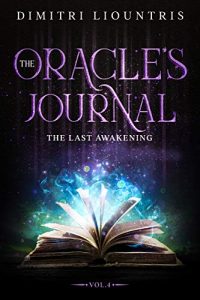 In the lost city of Nepha, a storm is coming. Three sides of a war have entered the city and are clashing on ground that has had a history of bloodshed. The guardians and their allies aim to save their captive comrades. Serena and her knights aim to end the guardians and capture Melissa Holden. And Zazok and his grunts aim to steal the Oracle’s Journal. Yes, war has come to the city of Nepha. But the city is fighting back…

Nepha is cursed. The dead of the city are rising, and their goal is to ensure all outsiders are killed. And while the guardians must contend with Nepha, they also find themselves at the centre of battles centuries in the making. Battles between demi-god siblings, between angels and demons, and between Order and Chaos. Everything the guardians have faced has led to this final battle for The Oracle’s Journal, and they may not be strong enough to win.

The world has changed. Magic has flooded Earth, and the realms will never be the same again. The mystical world has always been there, under the surface, and it has now shown itself, changing the guardians’ lives forever. Secrets of the past have come to light, sacrifices will need to be made, and the guardians will discover a dark side of their own power. Magic is here, and the change and destruction it promised has followed. This is a world of gods and guardians now, of magic and mayhem.

And there is no going back…