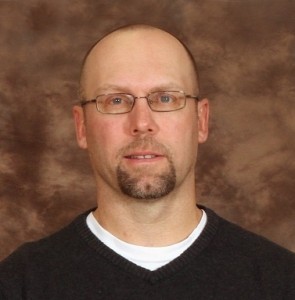 DJ Renner was born in upstate New York and still resides there today. He has been married to his wife Michele for over twenty years and they have three children. He teaches middle school Social Studies, coaches, and advises the Book Club at his school.

Renner always aspired to be a writer, however his college degrees are in Business Management and Secondary Education. He spent eight years of his life selling uniforms and sporting goods after a successful baseball career at NCAA Division 2, College of Saint Rose. Driving the rural roads of upstate New York, he often recorded ideas for stories into a hand-held tape recorder. None of the ideas ever blossomed. Determined to do something more meaningful with his life, he returned to school and took the steps to become a teacher. He has now been happily teaching for over fifteen years.

Renner has become an avid reader and reads books from many different genres. He credits his ten years teaching Advanced Placement United States History for providing the foundation knowledge for his first historical fiction book, The Adventures of Silas Freethorn: A Puritan Tale. His collaborative relationship with the English teachers at his school have also provided inspiration. A constant search for strong Historical Fiction that would be embraced by the English department has had a huge impact on his writing. The idea for his first book grew after struggling to find an age-appropriate, entertaining story that focused on the early colonization of North America (mid 1600’s). 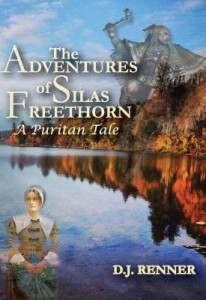 Silas Freethorn is born and raised in the Puritan colonial town of Roxbury, Massachusetts in the mid 1600’s. Free-spirited Silas learns at a very early age that he doesn’t fit into the Puritan world of whippings, hangings, and strict rules. Fortunately, he finds a friend and confidante in pretty and mysterious Abigail Reed. With her help, Silas does his best to tolerate the beliefs and practices he can’t help but question. Eventually, a series of unfortunate events lead to a betrayal that will force Silas to leave home and begin an improbable adventure.

For the next seven years, Silas struggles to stay alive while on a dangerous journey of self-discovery. His adventures will take him to a Wyandot Indian village north of The Great Lakes. Taken in by a people that he was raised to think of as savages, he quickly discovers that it is far from the truth. Silas learns much about Native American culture and true friendship before being forced to make a difficult decision about his future. His travels will take him into the expansive forests south of the Great Lakes with French fur trappers. Trapping the area on the western slopes of the Appalachian Mountain range, Silas learns many lessons about survival and himself. Fate eventually takes him to southeastern parts of colonial North America. Taken prisoner by Spanish soldiers, he is forced to provide labor to build a Spanish mission. A prisoner who becomes valued for his many skills, he’s forced to serve as a guide for expeditions to expand the Spanish presence in North America.

Throughout the long and treacherous journey, brave Silas faces many challenges. He is forced to make many difficult decisions as he confronts burning questions about the betrayals in his past. Will Silas ever figure out where he really belongs? Will Silas survive to follow his chosen path? 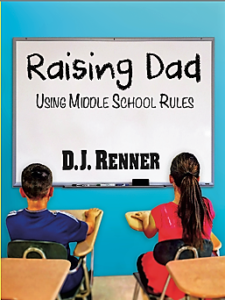 Tragedy strikes in a small Adirondack town in upstate New York. When Jess’s mother dies in a freak accident, she and her brother are devastated. Now, as they struggle to deal with their own grief, their father begins to fall apart.
And there are other problems – the problems that come with navigating everyday middle school drama.
Jess is determined to get Dad back on track. Armed with lessons learned in middle school and from her mother, she attempts to help everyone – except herself.
Can Jess overcome her own grief to keep up her grades, maintain friendships, and handle the sudden attention of her long-time crush? This emotionally charged tale will have you cheering for the family to get back on track, and wondering if that’s is even possible after losing someone so important in your life.

“A+++ story. I cried. When is the second book coming out?” Hollie, Grade 8
“A beautiful, heartwarming story. Will Jess, Colin, and their father come to terms with the tragedy in their past or hold onto their painful memories?” Camilla, Grade 7