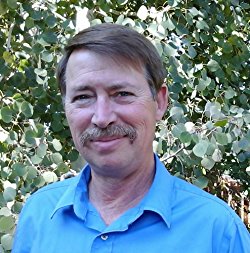 As a writer, Drew has published several screenplays, short stories, and poems. Growing up with the influences of Bradbury, Asimov and Clarke, has helped him to learn about the science fiction world. As the former Editor of Galactic Alliance magazine, Drew gained numerous contacts with science fiction actors and writers. Additionally, he was a leading member of a science fiction writing club based in Denver, Colorado for two years. Over the past 8 years, he has owned StarPainter Productions, a video production company. 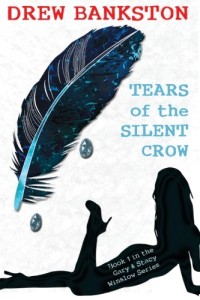 In this tale of love, romance, adventure, and mystery, Gary and Stacy Winslow are the perfect and very lucky couple. In “Tears of the Silent Crow,” the first in the Gary and Stacy Winslow series, you’ll get to meet the fun loving and life filled couple as they embark on their married life together, and get the honeymoon of a lifetime in Oahu, Hawaii, compliments of a “friend.” They are told that all of their needs will be taken care of during their week’s stay, but after they arrive, they find out that their honeymoon will involve poison, the police, and a treasure hunt to solve a one hundred and seventy year old mystery before time runs out.

The beauty and traditions of Hawaii, volcanoes, luaus, and sandy beaches are all part of this grand adventure.

“Tears of the Silent Crow” will make you fall in love with being in love, will show you how fun life can be, and will show you romance in a whole new light, with a little bit of mystery. 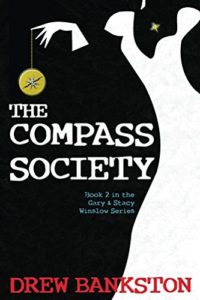 In book one of the Gary and Stacy Winslow series, “Tears of the Silent Crow” you had the opportunity to meet this adventurous and fun loving couple and learned about their love of life and their ability to solve mysteries. Now in the second book, “The Compass Society” things have changed just a little. Stacy has been missing for six months. Not only has Gary not been able to find her, but he’s being blamed for her disappearance. His life is at an all time low. He’s lost everything, and now he’s considering the ultimate loss, taking his own life. He gives it one last try, however, and is recruited by an age old organization known as The Compass Society. The Society claims that there is no such thing as good fortune, luck or coincidence. Every person receives what they deserve according to a centuries old plan, and what they get is a result of the Society’s intervention. Gary has twenty-four hours to decide if he wants to join, and finds out some remarkable things during this decision period. Now he must decide if this organization will really be the salvation of mankind, or the cause of humanity’s ultimate demise, and at the same time, find the love of his life.

The Color of Emotion: The Eyes of Tokorel, Book 1 (Science-Fiction) 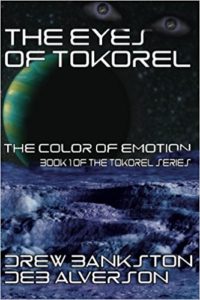 Permac Sude and Linsora Anselm come from the same race but different planets plagued with historical inaccuracies that cause them to be wary of each others’ intensions. Permac’s people, the Tokorellans, developed the ability to read and influence the emotions of others, while Linsora’s people, the Khizarans, never learned the secret. Permac constantly has to watch his back as Linsora’s knife wielding society has raised her to believe that the only good enemy is a dead one. However, circumstances force them to work together to discover what truly happened in the past, while outside forces attempt to stop their efforts. Clues throughout the galaxy lead them to realize that their respective governments have deceived their people for years. But to what end? A war could cause total annihilation of both worlds. As they attempt to trust each other, love eventually enters their lives. But when death enters the equation will the mystery be solved or will other forces win out?

The Taste of Emotion: The Eyes of Tokorel, Book 2 (Science-Fiction) 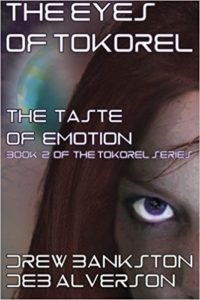 The adventure continues in book two of the Tokorel trilogy. Linsora has to depend on all of her skill and cunning as she is forcibly taken to Tokorel. Although her captor is bent on overthrowing the Tokorellan government, Linsora is hopeful of finding her Permac. Alive or dead, she needs to know. In a strange world where her emotions can be read by all and where she’s considered a demon by the general population, can she win them over? Will she find Permac? Will she manage to escape one more time with her life?

The Scope of Emotion: The Eyes of Tokorel, Book 3 (Science-Fiction) 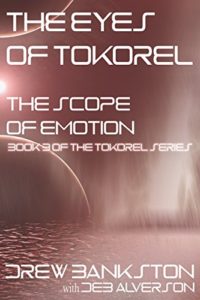 For 10 years, Permac and Linsora have lived a blissful existence on the Third Cornerstone, raising their son. Unexpectedly, their thoughts turn toward Khizara and with that, another mystery as their son is kidnapped. Are their old enemies responsible? Will they find their son and bring him safely home? Or will his kidnappers discover his secret and use him to achieve their own ends? 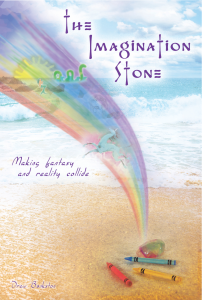 The Sounds of Tomorrow (Mystery/YA) 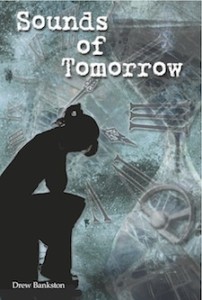 Jessi O’Donnell was your typical teenager, until a bus accident and head injury changed her life and allowed her to hear the sounds of traumatic events 24 hours before they happened! She has kept this ability a secret from everyone except her best friend, Erin. When she hears the sounds of a woman being murdered, she realizes that she has 24 hours to stop the murder, but how will she convince people that a murder will happen when she’s the only one, besides the killer, who knows what is to come? With a twist ending, you’ll be challenged to figure out how this one will end.

Lines of Force: The Weekend Adventures of Andrew Barton (Science-Fiction) 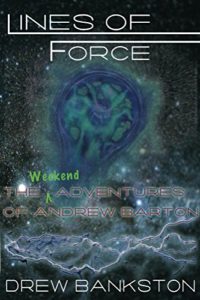 Andrew Barton is an ordinary man who, each weekend, stumbles into extraordinary circumstances. With a college degree in Agricultural Sciences but a job driving a forklift in a warehouse, Andrew, like many of us, finds that his release from the humdrum workweek comes through the tinkering in his garage on the weekends. Although his goals are directed toward other ends, he mistakenly travels through time, into other dimensions and even ends up taking his family and friends on a ride to a location that is the last place anyone ever wants to end up! Lines of Force will take you on adventures that you’ll never forget and want to enjoy time and time again. Let Andrew Barton take you along to unexplored territory in this book about mistakes becoming incredible exploits!