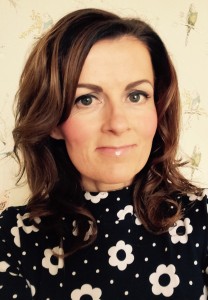 Elizabeth Ball was born in Scotland and had a happy childhood there. After some time spent working in England she has now returned to her homeland and lives in Banff, Scotland with her husband, two children and two cats. The cats are on their last warning though after bringing in one decapitated bird too many. After a career in child care and education she has given up ‘work’ to concentrate on home and family and writing the next book in her series. She is also learning the art of network marketing.
‘Dodgy Dates and a Dinosaur’ is her first novel and comes under the genre of chick lit. It took her a year to write after procrastinating about it for many more. The third book is basically written so she now has the task of writing that difficult second book. At 165,000 words it is good value for money!
She decided to self-publish her book for Kindle in 2014 and it has sold well on that format- selling both America and the U.K. and receiving good reviews. A new edition has now been released and it is also newly out in paperback.

Dodgy Dates and a Dinosaur (Chick-Lit) 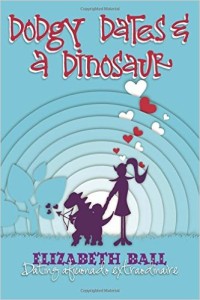 Thirty-something daydreamer Sophie has been single for three years after the man she’d planned on spending her life with abandoned her and their young son just months before their wedding. With her boy to raise, impossible manager to keep happy, household to run and an ex who lives down the road meeting a new man wasn’t even on her radar. When the invite arrives for her successful sister’s wedding it reminds her of her single status and makes feelings rise to the surface that Sophie had been successfully bottling for the previous three years. Addressed to her and her ‘Plus One’ it prompts her, with some encouragement from her friends, to embark on a year of dating and she finds that there really are plenty more fish in the sea- but not many that she wants to catch. A year later, after numerous dates and encounters with the opposite sex and with her self-esteem being at an all-time low she decides to give up her fruitless quest and get on with life as she was before. Maybe her dream of a fairy tale ending was too optimistic second time around.