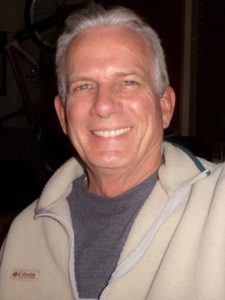 Born and raised in the Southwestern USA, Forrest Hayes currently resides in Prescott, Arizona. His travel experiences in Chiapas, Mexico started rattling around in his head, inspiring a short story. One evening in 1988, he sat down and started writing the rough draft that is now Chapter 3 of Na Bolom. From then on, he was hooked. You might say he was obsessed, or possessed. So the reason he’s a writer is because of this story – he had to get the damn thing out of his head! 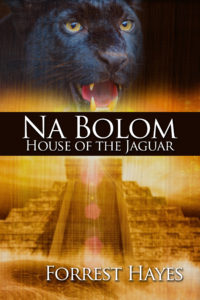 Paleontologist Peter Campbell is content working among his dinosaur bones in the basement of the Denver Museum of Natural History. When his love interest Jazmin Rivera, an accomplished botanist, disappears in the uncharted jungles of southern México with the vulnerable Lacandón tribe, he must travel into an ancient land clouded by legend and mystery to find her.

Entering a tangled Chiapan landscape that mirrors the darkness within himself, Campbell must escape the Mexican Special Forces trailing the tribe, and an ancient foe who has pursued him through past incarnations. With the guidance of Chan, an enigmatic Maya shaman, Campbell must face his fears and find his true self in the House of the Jaguar.

Set in a brilliantly conceived world threatened by corruption and greed, Na Bolom: House of the Jaguar questions the realities we create, and challenges the conventional wisdom that the Earth may be used however we desire.