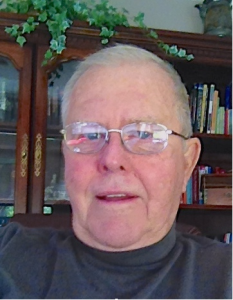 Writer/Novelist George Davidson Greenly Jr. is a writer of historical mystery, myth, and science fiction who has also written flash fiction and short story romance. He is a retired U.S. Air Force officer with degrees in meteorology from Florida State University, the University of Oklahoma, and The University of California at Davis CA, He is a member of the American Meteorological Society (AMS) and is certified as a Consulting Meteorologist by that organization and specializes in forensic meteorology. Subsequent to his military career, he wrote and published several technical papers and reports as an atmospheric scientist employed in the private sector. From 2005–2010, as an adjunct professor he taught the course “Introduction to Meteorology” at Estrella Mountain Community College in Avondale Arizona and recently taught courses as an adjunct Professor in the Meteorology Department at the University of the Incarnate Word in San Antonio, TX. When he retired totally, his love of writing zeroed in on writing fiction and he decided to pursue his too long dormant fiction-writing muse. A member of the San Antonio Texas Writer’s Guild, he is a graduate of the Long Ridge Writers Group courses, “Breaking into Print” and “Shape, Write, and Sell Your Novel”. “Revelations”, his first novel, published by Abbott Press is a present—day mystery based on ecclesiastical events that started during the Albigensian Crusade that occurred in France (1220-1244). This was the only Crusade wherein Christians fought only Christians. George lives with his wife and two cats in San Antonio, Texas. 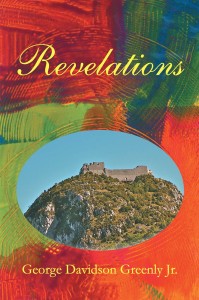 Between the Fourth and Fifth Crusades, both sanctioned by the Roman Catholic Church with the goal of recapturing Jerusalem and the sacred “Holy Land” from Muslim rule, there occurred another Crusade. Launched in 1209, the Albigensian Crusade’s goal was to eliminate the “heretical” Christian Cathars of Occitania in the south of modern-day France. It was a decades-long struggle that in the end found both the Cathars and the independence of southern France extirpated. Prior to the fall of Montsegur, the last bastion of the Cathars, on the 12th of March 1244, Cathar “treasure” was spirited away from Montsegur. Was it gold, religious artifacts, or perhaps ancient documents of great significance to the Catholic Church? The physical efforts required in surreptitiously removing a “treasure” from Montsegur, the mountain top fortress, during a siege by the Pope’s army, dictates documents! Questions virtually scream from the corridors of time: What documents prompted a Crusade of Christians against Christians? Who wrote them? What happened to them? What revelations do they contain? And now, why and by what means is the Roman Church attempting to find the parchments? How and why does the trail lead from the Middle East to the Languedoc region of France, to the U.S. Military Academy at West Point, to Oxford University in Great Britain, and finally to Rome and the Vatican’s secret archives.

The documents long lost to antiquity are found in l’ Archivio Segreto Vaticano, the secret archives of the Vatican and translated; a plot that resulted in the crime of murder is revealed and additional murders are contemplated and foiled. A nefarious plan including terrorist like actions to stop the probable distribution of the documents contents is hatched by unknown individuals. The plan, if successful will change everything.